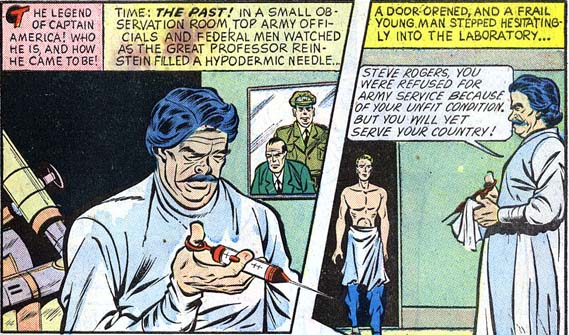 The writer of "The Private Life of Captain America" in CA 59 (Nov/1946) is exactly the one you'd guess by that first caption. 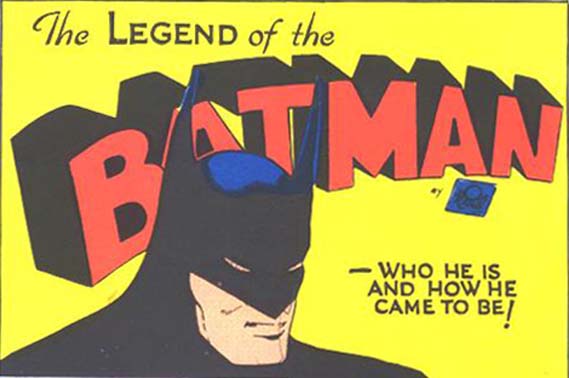 Batman co-creator Bill Finger is known to have written, for Timely, the All Winners Squad story in All Winners 19 (Fall/46). In the Who's Who of American Comic Books, Captain America is listed as another feature he wrote for the company.

Two years later, Finger would write "The Origin of Batman" (Batman 47, June-July/48) and "The Origin of Superman" (Superman 53, July-Aug/48) at DC, each of which would recount the origin and add some new twist—in the first case, Batman's finding his parents' killer, Joe Chill; in the second, Superman's first encounter with Kryptonite and learning he's from Krypton. The Captain America story, after recounting the origin, sets up Steve Rogers as a teacher at the Lee School, with Bucky a student (they're already civilians before the story begins) and then gives them a new case. I don't know who the artist is; the entire origin section is swiped, and I would imagine with editorial approval, from Kirby & Simon in CA 1.

Some of Finger's stylistic tells that I've found in various of his stories, and that he uses in this Cap one, are:

And there's a cutaway diagram.

You can see that the more indications of style match up, the better; otherwise you might assume John Stanley wrote this story. "Yow!"

Another Cap story that I can attribute to Bill Finger is "The Sportsman of Crime" in CA 58 (Sept/46). The flashback caption starting "So-and-so's story: '____'" is a Fingerism found in a number of Batman stories.
Posted by Martin OHearn at 10:39 AM