"Beware the Medicine Man" in Captain America 57 (July/46) is another Timely script by Bill Finger that I just found. 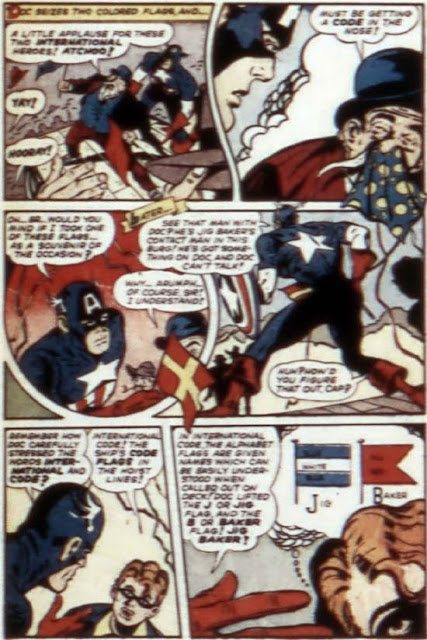 Something he uses here that so far I've seen from no other writer is "Arumph" for "Harrumph." 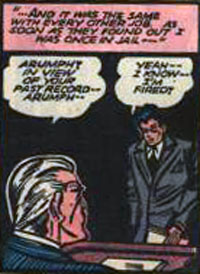 Other stylistic indicators in this Cap story that Finger has used elsewhere are:

And captions beginning with gerunds: Scanning the paper, ____...

The Cap artist here is Maurice del Bourgo, who did Green Arrow and Mike Gibbs: Guerrilla at DC; at Timely he also drew Mr. Wu in All Select 11 and Blonde Phantom 12.(The Batman art on "The Case of the Honest Crook" in Batman 5, Spr/41, is by Bob Kane and Jerry Robinson.)
Posted by Martin OHearn at 9:52 AM