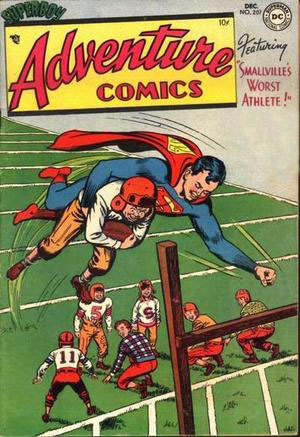 These are William Woolfolk scripts for DC and for (UPDATE:) J.B. Publishing's Tops in Human Highlights.

See the comments—SangorShop corrected my assumptions that Woolfolk meant Lev Gleason's two-issue 1949 newsmagazine Tops and that Gleason's version had lasted below the Overstreet radar into 1954. I posted without the issue info; that's from SangorShop as well.


Woolfolk wrote a July heading in his notebook but didn't enter any stories. The next page picks up with income from publishing, and from writing TV and a novel, in 1962. I wonder if a few of his final comics scripts in 1954 could have gone unrecorded; when I was IDing Superman stories by style, twenty years ago, I attributed a few to him that came out later than these.

But one way or the other, this is the chronological end of William Woolfolk's recorded comic book scripting, except for a Superman story done in the 1980s. He began publishing the magazine Space World around this point, and later Inside Story. His first of nineteen novels, The Naked Hunter, came out this year. Two of his novels, paperback originals under the name "Winston Lyon," were comic-book-related: Batman vs. Three Villains of Doom and Batman vs. the Fearsome Foursome (both Signet, 1966) novelized, respectively, Batman comic book stories and the movie "Batman." He wrote for TV shows like "The Defenders" in the early Sixties, and then his novels appeared on the best-seller lists.
Posted by Martin OHearn at 11:56 AM 4 comments:

I Dream of Jeannie and the Photostats

As I pointed out about Gold Key's The Twilight Zone, on a number of stories the editors reused a photostat of one particular piece of art to add Rod Serling's head atop the body the story's artist had drawn.

On the first issue of Dell's I Dream of Jeannie (Apr/66), the artist takes that to the limit. 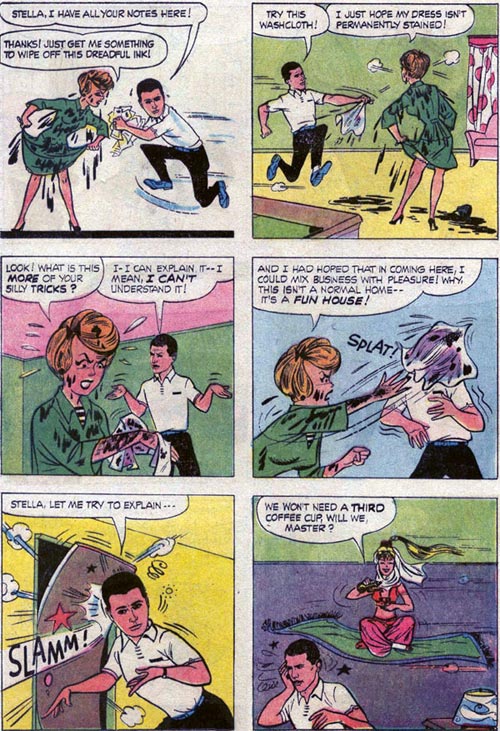 On this page, the Tony Nelson faces in panels 1 and 4 are identical. Likewise his faces in panels 2, 3, and 6. (After panel 2, that one is flipped left for right.) In places the head is the wrong size for the body; in panels 1and 5 it's also turned far away from where he should be looking. It's not in the same artistic style as scientist Stella's face at all.

These are the main two images of the character face the artist uses throughout the comic, over and over, traced originally from photos of Larry Hagman. I see a couple of different stats used sparingly on other pages. He relies on only one or two of Barbara Eden as Jeannie, although on this page it looks as if he's actually drawn her face. In a few spots he draws Tony's face—a very few.

"Sky High" is a full-length three-chapter story. The writer is Paul S. Newman, but I have no idea as to the shortcut-taking artist. (For what it's worth, the Grand Comics Database attributes the art to someone the Who's Who never heard of, a Michael Arnes. My level of confidence in the ID wouldn't be improved by finding it a misspelling.)
Posted by Martin OHearn at 10:46 AM 4 comments: 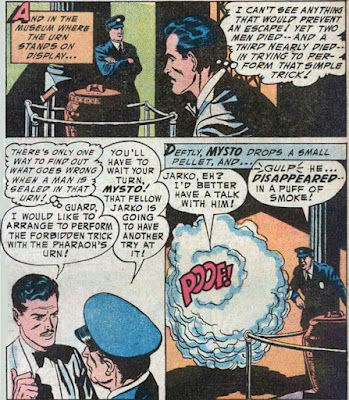 William Woolfolk sold to Lev Gleason, DC, and (though the stories went unpublished, I believe) to Orbit in April.

I misattributed the Mysto story to George Kashdan some years ago, but correctly figured Woolfolk for the writer of the Superman story.

UPDATE: darkmark tracked down the publication of "Crime Town."

Who Knows What Evil?

This cover swipe jumped right out at me. 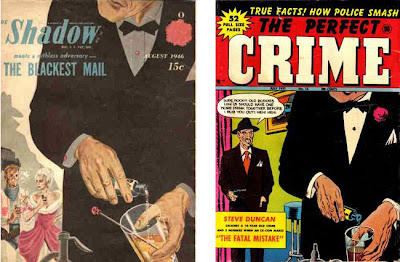 I don’t know the cover artist of Street & Smith's The Shadow pulp for Aug/46; I suppose it was credited on the contents page, but that info doesn’t seem to have made it into Google. There’s certainly no credit for the comic book artist who swiped the pulp’s foreground figure for Cross Publications' The Perfect Crime 14 (July/51).
Posted by Martin OHearn at 10:33 AM No comments: 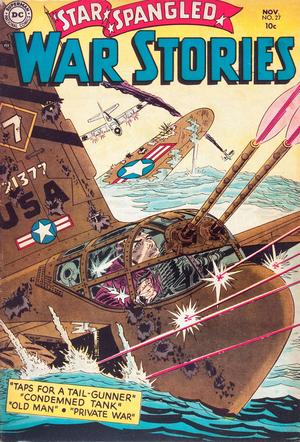 DC and Orbit bought scripts this month from Woolfolk.

Love Diary goes all-reprint with the Sept/54 issue and Love Journal is cancelled after the July/54 issue; I can't find that any of the romance stories this month or next (Woolfolk's final ones for Orbit) were published. (One romance last month was in the July Love Diary.) All were paid for.

Posted by Martin OHearn at 10:02 AM No comments:

These are my IDs of the writers of most of the stories in the next five issues of Gold Key's Twilight Zone. "TZ 2" and "TZ 3" did earlier stories ("TZ 1" didn't write any more stories that I've seen, after the earliest issues); I can't put names to them.

I defer to the Grand Comics Database for the art attributions—except for the Jerry Grandenetti pencils credited to ghost-employer Joe Orlando. "Nightmare for an Astronaut," "The Man Who Mastered Yoga" (one of its panels is shown here), and "The Plague" were pencilled by Grandenetti. Orlando merely inked them. Orlando did pencil "The Masquerader." 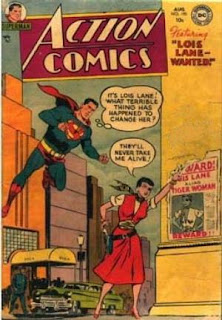 William Woolfolk's buyers of scripts this month were DC, Orbit, and Lev Gleason. Gleason's Buster Crabbe, however, would be cancelled with the issue that printed Woolfolk's December-written script.

UPDATE: I since found the Prescription for Happiness. 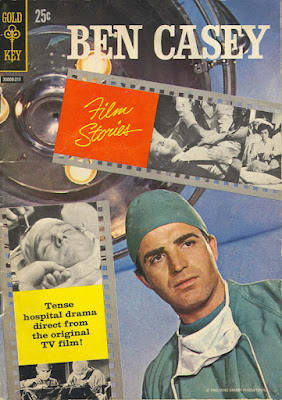 Here's a curiosity. While Dell was publishing the Ben Casey comic books, Gold Key published a tie-in, in comic book dimensions, that wasn't in comic book format. It adapted a couple of the TV episodes in prose, with photos, and although in a panel-style layout, it wasn't fumetti; it used no captions or dialog balloons. In black and white, at 36 pages including covers (each story was 16 pages), it cost 35 cents when the same-size Gold Key comics that month were 12 cents.

To quote the inside front cover: "These authentic picture stories have been created directly from BEN CASEY television films. They bring to life in a dramatic new form all the famous personalities, thrilling action, and suspense of the original stories. The following pages offer an unusual visual experience and exciting adventure in reading entertainment."

That same month Gold Key advertised the Gunsmoke Film Story but didn't publish it, as far as I can see.

I get the Newman credit from the Who's Who, which lists him as writing Ben Casey for Western, not Dell, in 1962. If he wrote Ben Casey, this is it. Note that since there are two stories, the title is not Ben Casey Film Story, singular, as Overstreet and the CGD have had it.

Posted by Martin OHearn at 10:16 AM No comments: 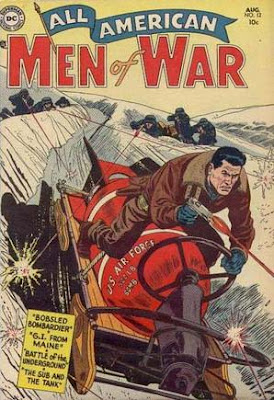 William Woolfolk sells to Orbit and DC this month.

Again, a couple of the romance stories for Orbit may not have been published (although paid for).

Woolfolk's records book scanned by Marc Svensson with the permission of Donna Woolfolk.

I worked out Carl Memling's writing style by finding the writer who worked on both Jungle War Stories and Ghost Stories at Dell; the Who's Who has him listed on those two.

The Who's Who lists both Frank McLaughlin and Dick Giordano as Ben Casey inkers. Giordano may be helping on the ones where I see mostly McLaughlin work.

I didn't list the single-page featurettes (they may or may not have been written by Memling), but Norman J. Nodel initialed the inside back cover of #4, "They Were First," as "NJN," as he likewise initialed Bachelor Father and Barbie and Ken pages. Here's a sequence from that issue's Ben Casey story; recall that Nodel drew a certain spy movie adaptation in 1962...

The GCD suggests Vince Colletta as penciller as well as inker on #7's Dazzler story (it certainly isn't Tartaglione), but since I've never seen Colletta's pencils that I know of, I can't say yes or no.

A few romance stories at Orbit on this month's list may not have been published (although all were paid for); I can't track them down.

UPDATE: darkmark supplied the faithless fiancé and guns-to-gangland stories' dispositions as well as the mother chasing away boyfriends one. 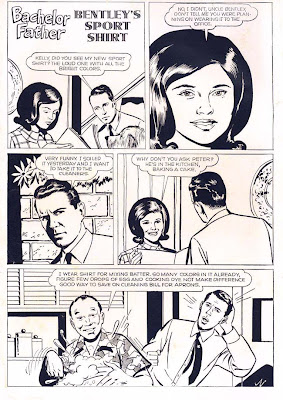 Here are the inside front cover pages from two Dell comics of 1962: the first issue of Bachelor Father (Four-Color 1332) and Barbie and Ken 1. That would be New Dell, by the way; these were not produced by Western Publishing. The rest of the issues' art is in the same style as these pages.

This artist's individual issues at Dell have gone unidentified—the Who's Who credits him there with "various features," 1961-62. Gerald McCann did the second issue of Bachelor Father; John Tartaglione and other pencillers (perhaps including Hy Eisman, Vince Colletta's 1960-64 ghost penciller), with Colletta inking, took over Barbie and Ken for #3-5.

I must admit that it took me a while to place the artist, but take a good look (click to enlarge). There's more to go by than his style. I name him in the first comment. This isn't his only work for Dell; I'll get to more in another post. 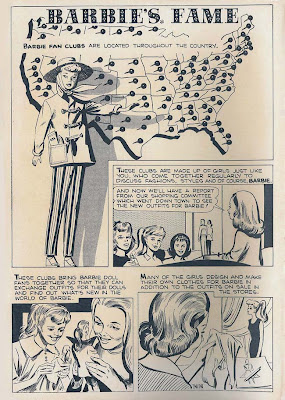 Barbie and Ken is an interesting concept: I take it as all imaginary stories. The fan club girls relate their meetings with Barbie and Ken, but the evidence is that they've made up the stories for entertainment; this way the couple can start over in a new job in each story (for the sake of wearing the different doll outfits). At the end of the first issue, they even get married, but the unknown comic book writer's not stuck with that; no deal with Mephisto is needed to retcon it away. Or are all the stories made up? After one in which, according to its narrator, Barbie and Ken promised to visit the fan club, the couple arrives in the flesh.

This is certainly Mad Men-era; in the first issue, Barbie is an airline stewardess, but Ken is the pilot; Barbie is a nurse, Ken a doctor. From the perspective of fifty years later, it's obvious that Barbie would have made a fine pilot or doctor herself, because the five issues portray her as super-competent at each new job. No "Math is hard" from this Barbie!
Posted by Martin OHearn at 10:46 AM 11 comments: