I was rechecking Dell's Alvin for Don Segall's stories when I found Jack Mendelsohn's style on #5--unexpectedly, as the Who's Who does not mention that as one of his strips. Since I'd been looking through Standards' funny animal titles just before that, I soon recognized refries from Mendelsohn-scripted stories at Standard as well as Quality. Does anyone recognize the plots of the two stories for which I didn't find earlier versions? 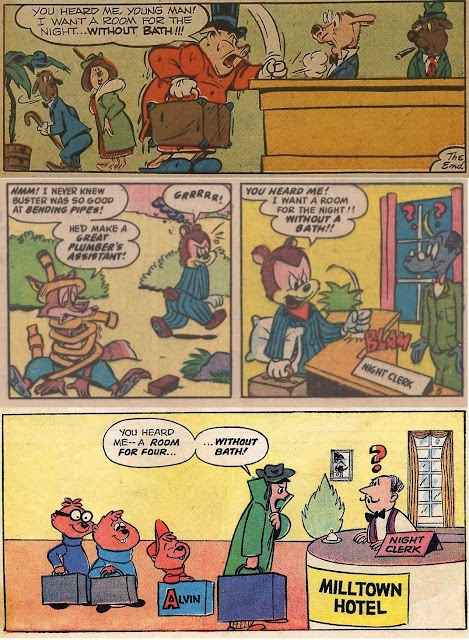 It looks like Segall returns after this one Mendelsohn issue, but other hands have taken over the writing by the end of the run of new stories in 1967.


I didn't find an earlier version of this particular story, the first in the backup series, but Mendelsohn wrote for Standard's Little Angel--what's the difference in a single letter?
Posted by Martin OHearn at 10:39 AM 2 comments: