A Tsunami of Swill FREE through Tuesday! Who'd Turn Up Their Nose at That?

Tsunami of Swill: Secret of the Ebook Crapnado by Charles Deckins is my novelty ebook short, normally priced at $0.99 but F*R*E*E for the asking at Amazon's Kindle Store beginning now and lasting over the Labor Day weekend (and through Tuesday). This may be the only link I post; I don't expect to add one over in the right-hand column under my "real" books. The joke won't explain itself there!

Last week, thriller author Joe Konrath issued a challenge on his blog, A Newbie's Guide to Publishing. He confessed that he had put out a handful of very short humorous how-to ebooks under a pen name: he wrote jokes, edited, formatted, created a cover on Paint, and published on Amazon in a hour or so per book. (He's made a few dollars a month on them without any promotion.) His challenge to the writers reading his blog: do the same in eight hours.

Many of those accepting the challenge wrote stories over the weekend about their series characters, or otherwise took up ideas in their normal genre. They put together some impressive covers in a hurry, out of stock photos. Others went a little farther afield, into the dangerous morass of humor. I too took my influence from the books Konrath put out as Dr. Hans Uberass, most notably How to Stop Farting. My cover should prove it; I tried to create one as generic-looking as possible (embrace the Comic Sans!), one that says "I dare you to spend good money on this book."

The influence to publish something in less than a day came from Konrath, but my plot came out of a thread on the Kindle Boards' Writers Café. A self-styled industry insider in New York publishing had blogged a typo-laden rant about those crappy independent ebooks flooding the Internet, and within a day the entire blog was mysteriously deleted. That set me on the trail of the amazing facts: all those ebooks are part of a global conspiracy. My tagline: Tsunami of Swill is based on a 7% true story.

This is strictly an ebook, in part for the sake of the joke. In order to do free promotions, I had to sign it up exclusively with Kindle. As I've mentioned before, the Kindle Reading Apps for PC, Mac, Smartphone, Tablet, and even your browser are free downloads from Amazon at any time. My books come without Digital Rights Management, so you can use the Calibre ebook library management program (also a free download) to convert from Kindle's Mobi format into Epub or whatever your e-reader requires.

Writers: the Konrath challenge per se is over—he blogs the results today—but nothing's stopping you from trying it for yourself. 2500 words in a couple of days, and you can "cheat" and get editing or formatting help, of course; but one way or the other you can publish a short ebook for a lark before the week is out. How liberating is that?

Remember: Tsunami of Swill: Secret of the Ebook Crapnado by Charles Deckins is absolutely F*R*E*E through this Tuesday. And if time is money, it won't take up too much of that, either; it's short!

We now return to our regularly scheduled comic book blogging.
Posted by Martin OHearn at 8:53 AM No comments: 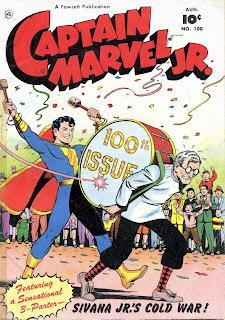 "Back Alley Girl" and "I Was a Slave to Tradition" were plotted at 2 pages each by William Woolfolk and published at 13 pages and 8, respectively, after Dorothy Woolfolk scripted from the plots.

"Story breakdown" is probably the same as Russell Carley's "script continuity" for Michael Fleisher at DC in the Seventies—helping a writer turn his or her plot into panel-by-panel scenes before the scripting. The scripter noted here, Miles K., would have to be the Miles Cahn with the byline on text fiction pieces in Love Diary 15-16 and The Westerner 35-36. Prescription for Happiness is the recurring short feature whose individual installments are untitled.

Back in this post I posited Jim Aparo as the artist of "The Sinister Stone" in Worlds of Fantasy 11 (Apr/58) from Martin Goodman's company, once Atlas and later Marvel. It would have been his first work in comics before coming to Charlton in the later Sixties.

I was seeing something that wasn't there. I proved myself wrong when I found that the most Aparo-like panel (and that mostly in the inks) is a swipe from Ruben Moreira's story "The Glitter of Doom" in DC's House of Mystery 58 (Jan/57). I haven't seen Aparo swipe other comics. So I'll defer to Doc V.'s attribution of Ed Winiarski on "The Sinister Stone." 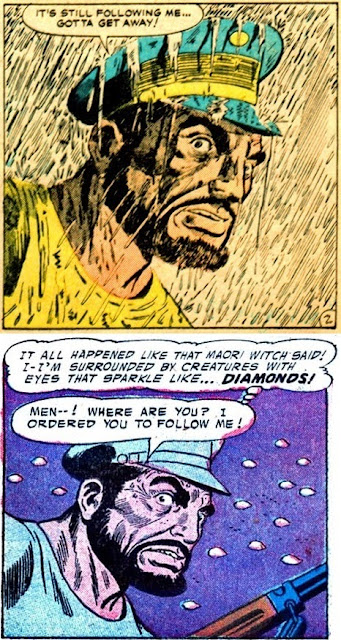 Posted by Martin OHearn at 9:54 AM No comments: 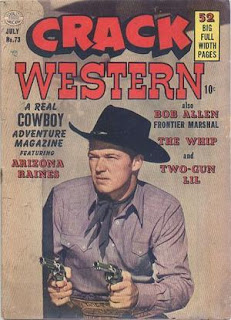 He plots another story (a romance, judging by other months) for Dorothy Woolfolk to script.

He receives an end-of-the-year bonus from one of the companies: $75, the equivalent of an average story. I'll guess it's Orbit—in a house ad they boast of their highly-paid editorial staff, which listed in some books includes the writers and artists.

Woolfolk has already done an "Ibistick Fails" story, published in Whiz 92, but it's a completely different plot.

Posted by Martin OHearn at 10:06 AM No comments:

Jerry Coleman wrote a lot more Superman stories for Mort Weisinger than Batman ones for Jack Schiff, but he did write Batman with Superman for Schiff in most of the heroes' World's Finest team-ups from late 1959 through 1962. Coleman's work calls attention to itself with the sound effects Whammp and Whapp, ones not used by the other Batman writers in this period. 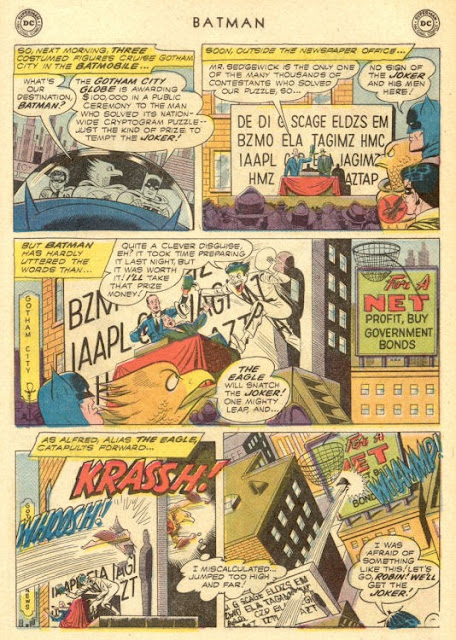