Weisbecker Sports and War at Fawcett

On these Clem Weisbecker pencil jobs at Fawcett, my impression is that Sheldon Moldoff inked most of the true-life baseball stories--in Jackie Robinson and Baseball Heroes. This page is from "Jackie Robinson Breaks into the Majors." 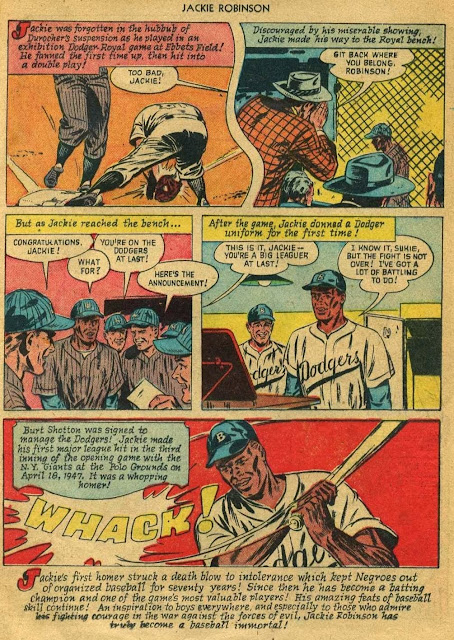 Joe Louis #1 hasn't been scanned and put online yet, so its omission here doesn't mean Weisbecker didn't draw it. There's a bookseller's scan of page 1 that's obviously not by him, but a second look at the indicia shows that it's the Anglo-American version, and Canadian import laws meant they had to get the script redrawn by a Canadian artist. (The Grand Comics Database calls it a "reprint" but "remake" would be the better term.)


BILL BATTLE, THE ONE MAN ARMY