Some of Robert Bernstein's scripts for the costumed Western hero Black Rider at Timely/Atlas are credited—artist Jay Scott Pike added Bernstein's name when he signed his art. (Ernie Hart's Fifties writing credits also come from Pike's adding the scripter's name.) However, Pike didn't credit all of Bernstein's scripts on his stories, and there were other artists who didn't go to that trouble.

Black Rider was suspended with #18, and when it returned almost two years later there was a new writer, whose distinctive gunshots—"Whram"—don't identify him but show him as the main writer of Kid Colt at the time too. 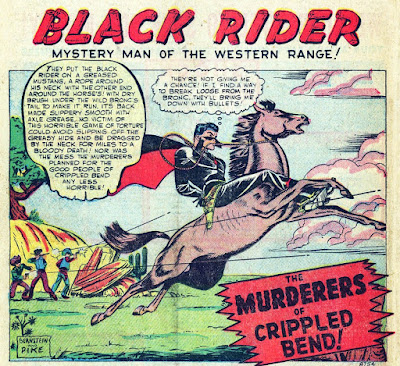