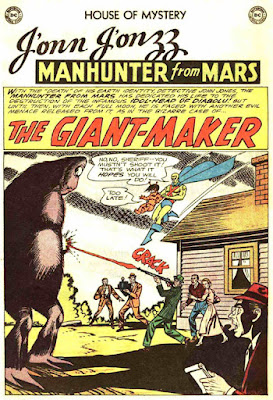 J'onn J'onzz' name at this point in his career is pronounced John Jones, not a French-style Jean Jeans as per the animated Justice League. Not only that, he's an actual Martian, rather than a member of an extra-solar race residing on Mars, as later "realism" demanded.

Previously the series was titled John Jones, Manhunter from Mars, but Manhunter had to abandon his secret identity of Detective John Jones in his last story in Detective (#326, Apr/64), the introduction of the Idol-Head of Diabolu. The story-line of new menaces spawned from the Idol-Head with each full moon continued through HOM 158. (A few issues like #153 and 154 took a break from the ongoing Diabolu storyline.)

A new arc (vs. crime organization Vulture) began in #160 and ran for the remainder of the feature, through HOM 173.

So far the only two writers I've seen on Manhunter from Mars are Miller and Wood, although that's from only a sampling of the Detective run. If, as sheer rumor has it, Joseph Samachson had anything to do with the first story (in Detective 225, Nov/55), it was not in scripting it—Jack Miller did that, to judge by the style.

The artist on every story in the Manhunter from Mars series in the Fifties and Sixties was Joe Certa.

J'onn J'onzz, Manhunter from Mars in House of Mystery 143-158—Writers

A while ago in one of his Four-Color Shadows posts, Booksteve presented the Captain America story "Double Identity" from All Winners 1 (Aug/48—the only issue in volume 2) and noted that the Grand Comics Database attributed the art to Syd Shores, but it didn't look much like Shores' art. I was certain the Shores ID was wrong, but had no better guess to offer at the time. Now I do. 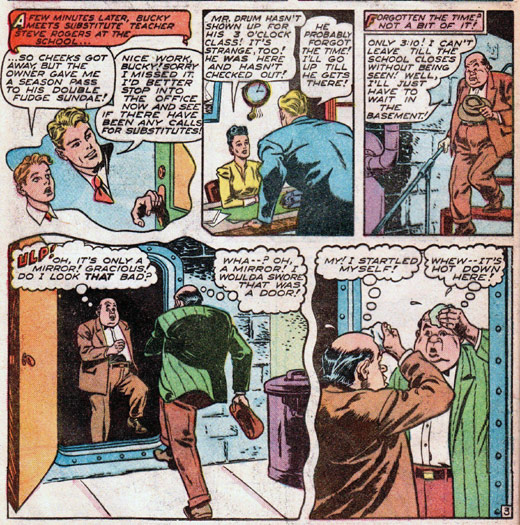 Mort Leav is supposed to have done a handful of Captain America stories around 1946-48. This looks like one of them. Leav's work at Orbit (where he went in 1948) looks very much like the art on "Double Identity." This Wanted story, signed over the open "S" in the first page's blurb (click the final scan below to decipher at larger size), is "International Enemy No. 1" from #13 (May/48). The amoeba-bordered vignette panels opening both my examples, where the figures end at the edges of the neckties, present a very obvious similarity, and are a choice I don't recall Shores using. 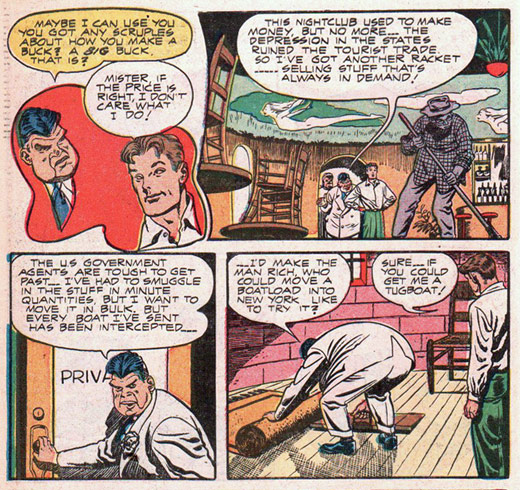 At Timely, the editors couldn't help "fixing" artwork with work by other hands. The Cap and Bucky figures on the splash page could be Shores' sole contribution to this 10-page story; see the first Captain America story in the Fifties revival (Young Men 24, Dec/53), where John Romita's splash has been famously jettisoned for Mort Lawrence's work. 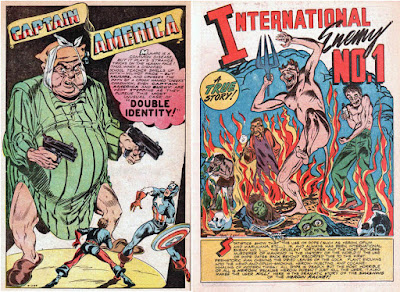 So IDing this one story leaves a handful (minus one) of Mort Leav Caps to track down.
Posted by Martin OHearn at 11:19 AM 4 comments: 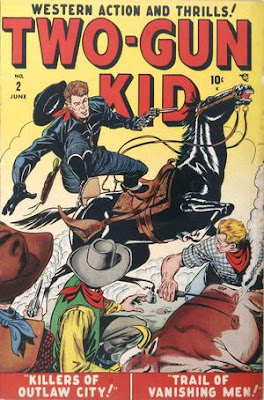 Posted by Martin OHearn at 10:30 AM No comments: 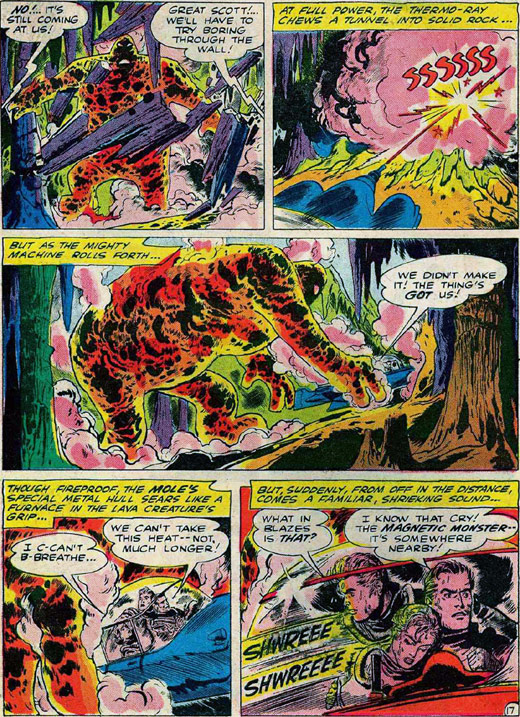 Cave Carson, master spelunker, Christie Madison, geologist, and Bulldozer Smith, ex-sandhog strong man, adventured inside Earth in the Mighty Mole, an update of Abner Perry's mole machine in Edgar Rice Burroughs' Pellucidar novels. Instead of a mechanical screw, this one used an unnamed laser beam—a "thermo ray"—to cut into the rock of the crust. Their first adventure read like a novel itself when I found it as a preteen.

Upon their return in the Showcase run the team did without the Mighty Mole, and made do with mascot Lena the lemur. Bob Haney was credited in the letters page in Showcase 49: "Bob Haney now writes INSIDE EARTH." Note the "now"; he didn't write it before 1964. There was a change of editors: Jack Schiff on Cave's B&Bs, Murray Boltinoff on the Showcases. France Edward Herron is known to have worked on Cave; but a Ka-fuuush! in B&B 33 indicates Dave Wood, and In the next startling moment... and Tense hours elapse... point to Jack Miller in #41. There was only one more artist (four) than writer (three) on the five stories in B&B; Showcase stuck to the one creative team.

Cave Carson: Adventures Inside Earth
in The Brave and the Bold

Posted by Martin OHearn at 11:34 AM No comments: