I.N.D.U.C.K.S. credits "The Red Wasp Mystery" to Cecil Beard, which gave a starting point. As mentioned in the comments to my previous post on them, I think it's easier to assume Beard and wife Alpine Harper, per his text page for Murray Boltinoff, collaborated at this point to a greater or lesser degree on everything rather than to assign stories solely to one or the other. 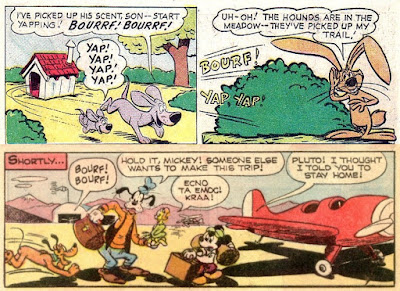 Pluto's "Bourf! Bourf!" in WDC&S 330 echoes the Hounds in their untiled Hounds and the Hare story in The Fox and the Crow 83 (Dec-Jan/64). Goofy echoes so many Fox and Crow (as well as Hound and Hare etc.) stories' "Ooo-hoo-hoo" in #358. (The Crow says it on the first page of F&C 83.) Note the nonstandard hyphenization of "Hoo-Doo" both here and in the Scooby Doo story "The Fiery Hoo-Doo."

There are a number of serials later in this run, setting aside these and Carl Fallberg's, that I can assign to one writing style, but can't be sure enough to say it's that of Beard & Harper. Maybe more on their style from other features will merge my two lists of writers' data and I can credit those stories to them in the future.

Posted by Martin OHearn at 12:34 PM No comments: 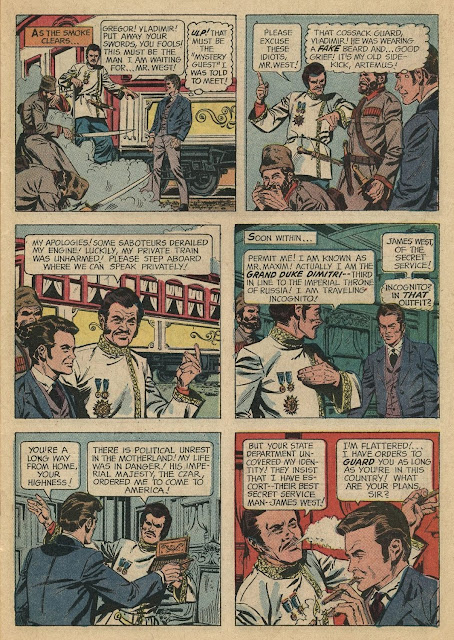