She Knows What Evil Lurks

I couldn't say who painted the Private Detective Stories May 1941 cover. Three artists at Trojan around this time that I can name are H. J. Ward, Harry Parkhurst, and Allen Anderson.

The cover of the 1977 paperback edition of Charg, Monster is, of course, by Jim Steranko.
Posted by Martin OHearn at 6:52 PM 1 comment: 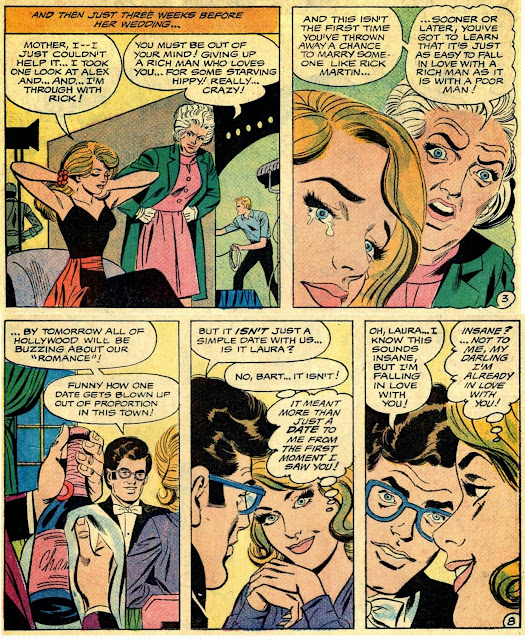 I chose a DC romance comic's run edited by Joe Orlando because he used one writer I can recognize at a glance paging through the comics: Jack Oleck. Another writer surprised me, although he's known to have worked for Orlando in 1969 on House of Mystery—see GLS 146 on the list.

As far as artists go—with the inkers striving to make everything look alike, you could ask ten people and get ten opinions, but here are mine. I will point out that "Laura" in #152 has been attributed to Art Saaf by his son, Steve Saaf per the CGD, but the evidence of the art itself shows that, under Jack Abel's inks, the pencils are by Werner Roth (above). On the other hand, Art Saaf's pencils under Colletta on "The Cheat" in #153 (below) have gone unattributed. "He Loves Me...He Loves Me Not" in #144 mostly looks like Roth, but on page five I see one panel with a close-up I'd otherwise credit to Saaf.


With the new stories hard enough to ID, I've left out the reprints with their slapdash updating obscuring things even further.

Note that the name in the #144 story is not Margaret but Margret; it took me a while to actually see that. I haven't seen issues 148, 154, or 156—romance comics not having been collected as assiduously as superhero ones, there aren't any uninterrupted runs of the DC titles that I can find.

UPDATE: I've added corrections (in bold) from Robin Snyder and SangorShop taken from Joe Orlando's payment records. See the new post for the additions of features like the text pages. Nothing more than the surname Scruggs is known about the artist in #155; a possibility would be Wilson Scruggs of the syndicated strip "The Story of Martha Wayne" (1953-1962). 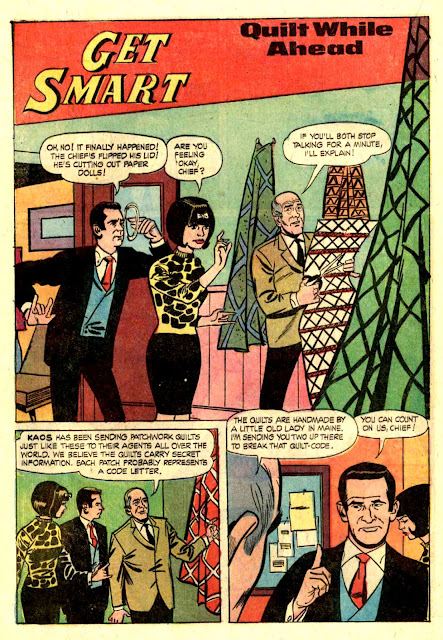 Posted by Martin OHearn at 10:53 AM No comments:

Who Expected This Artist Here?

Two stories among the Dick Giordano/Vince Colletta ones at early-Sixties Timely-Atlas-Marvel have probably passed as Giordano's pencil work because like his they whisper "Charlton" to the reader's subconscious. For comparison with "No Dates for the Dance," the bottom tier with a typical pose is from the latter company's The Young Doctors 1 (Jan/63), inked by Vince Alascia.


Charles Nicholas otherwise last worked for Timely in the Forties. I don't know if you'd actually call this ghosting for Colletta, considering Dick Giordano got to sign some of his stories in the run. But I doubt editor Stan Lee directly poached Nicholas here. As Mark Evanier has pointed out (concerning Joe Orlando's bringing in Jerry Grandenetti's work), editors were probably just as happy to trust some artists like Orlando and Colletta to do all the work of subcontracting the pencils.

Posted by Martin OHearn at 9:40 AM No comments: