Bill Molno was a Charlton mainstay for a decade or more on the anthology books; I see his occasional series entries mostly on the Westerns. Unless I've missed earlier stories, his debut at the company in 1954 was ghost pencils for Joe Shuster. Mark Evanier gives Dick Giordano's explanation of the ghosting in a comment on the previous post .

Here's a page from "The Well of Fear" in Strange Suspense Stories 21 compared with one from about three and a half years later—after Joe Shuster's credits are long gone—"The House of Man," Out of This World 7 (Feb/58). Molno is inking himself on this one 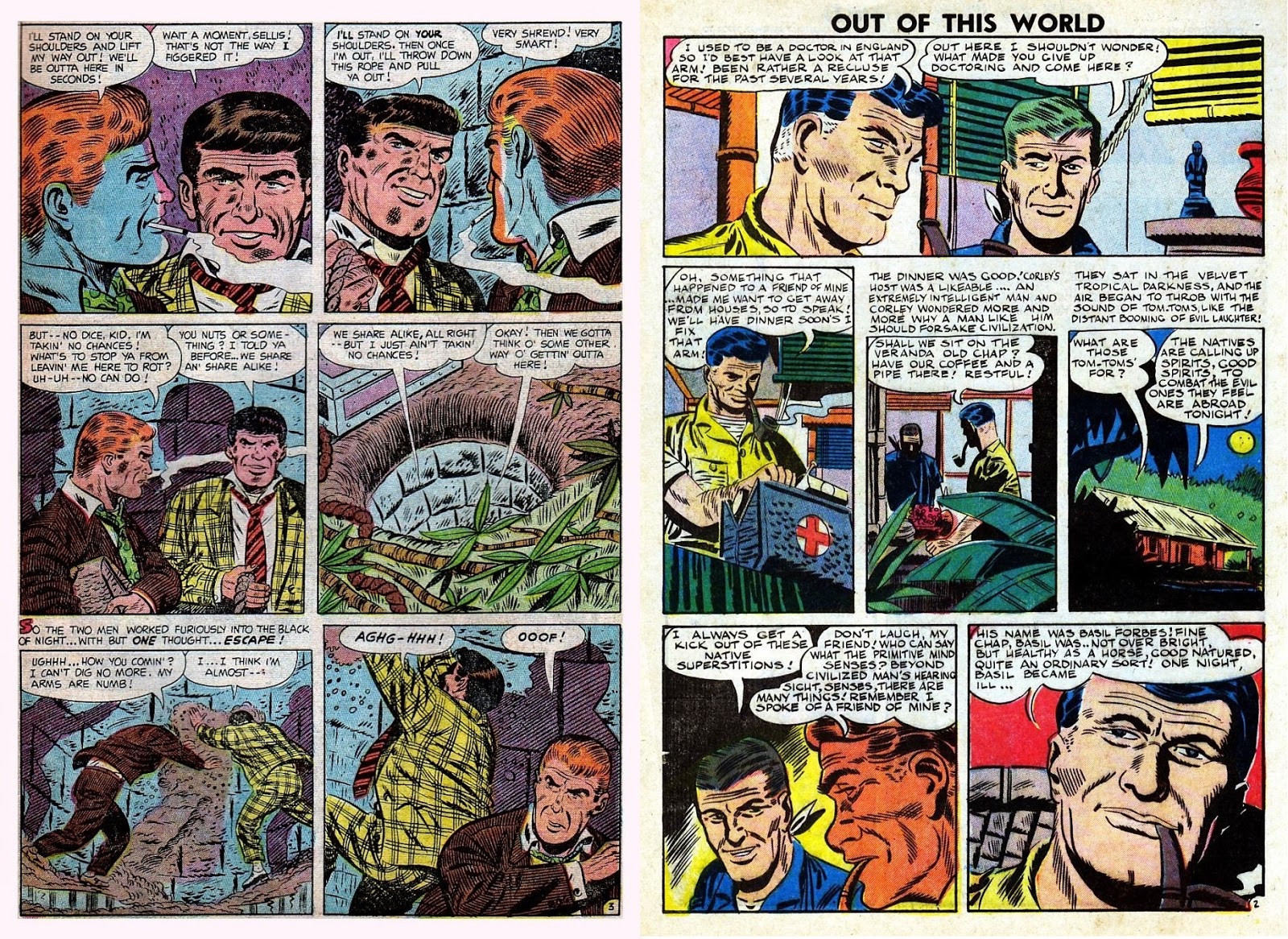 There are a few more stories with Shuster's credit at Charlton that I haven't seen—hot rod ones, for instance. Unsigned 1954 stories penciled by Molno and inked by others include "Food for Thought" (SSS 20, Aug), "Who Will He Be?" and "This Bite Is Sweet" (SSS 21, Sept), "Mental Wizard" and, possibly, "The Crusher" (The Thing 16, Sept), and "Where Do They Lurk?" (This Magazine Is Haunted 19, Aug). I mention them thinking of the uncredited Jerry Grandenetti pieces in the mid-Sixties that have been misattributed to Joe Orlando, for whom he was ghosting elsewhere at the time. There are other "Shuster" stories in the GCD that could be looked at a second time.


This Magazine Is Haunted

I was looking for Carl Memling scripts at Timely/Atlas in the Fifties, where he's known to have written for the horror anthologies (I haven't found any of his there yet); but with his style fresh in my mind, when I was merely reading some Fifties Charlton comics and not expecting to recognize writers, I happened across him. A Memling trademark that I've mentioned before is sirens or car engines going "Rowrrrrr." 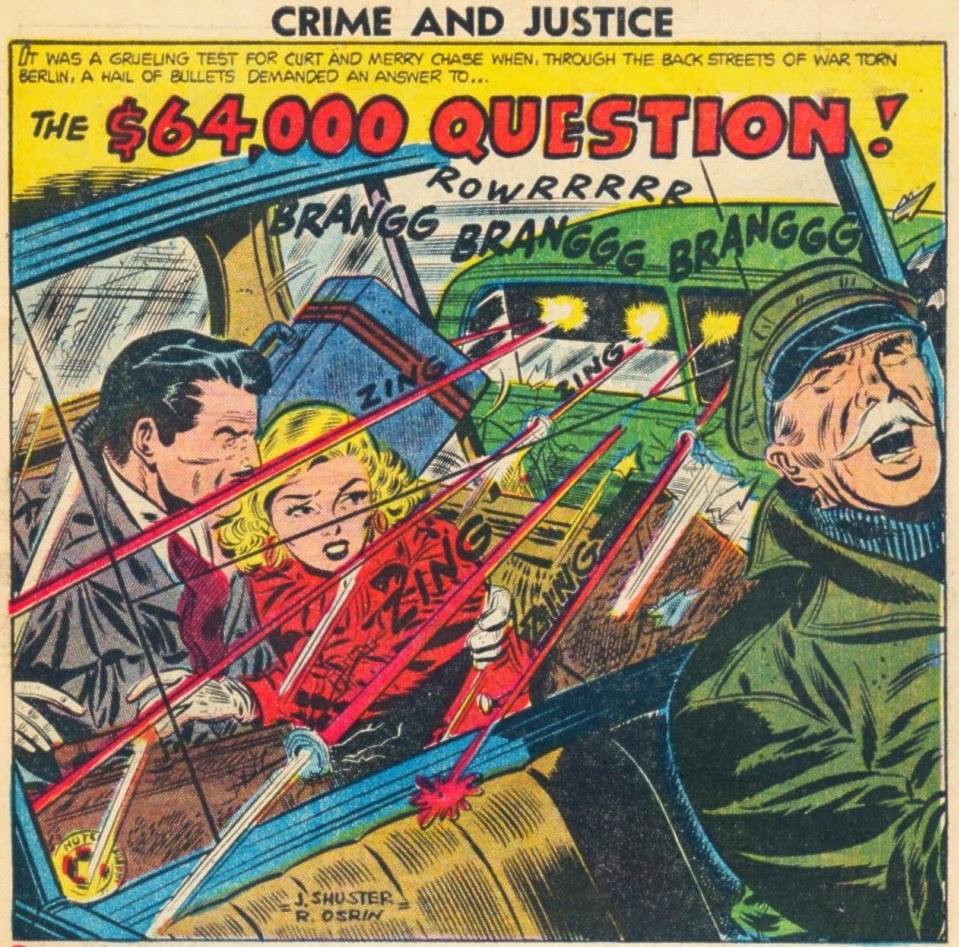 There are one or two more Crime and Justice scripts that could be Memling's, but I'll err on the side of caution and leave them off for now. I'll get to more titles eventually; he wrote quite a bit in two years or so.

The writers known to have done some work for Charlton in the early-through-mid-Fifties include Walter B. Gibson, Bruce Hamilton, Ken Fitch, Harry Shorten, and Jerry Siegel. Fitch was one writer who, in addition to scripts written directly for Charlton, had work published there out of other companies' bought-out inventories. Joe Gill was writing for Charlton around 1954 but didn't become their house writer, filling almost all the pages, for another few years.

Carmine Infantino Starts Off in Comics with Cap

I don't think anything earlier has been found: Carmine Infantino hit the ground running in comic books with a handful of stories on a major character, Captain America, in 1943.

From Cap 27, note the face of the French Underground fighter Pierre in panel 1; more to the point, look at him running in panel 6. 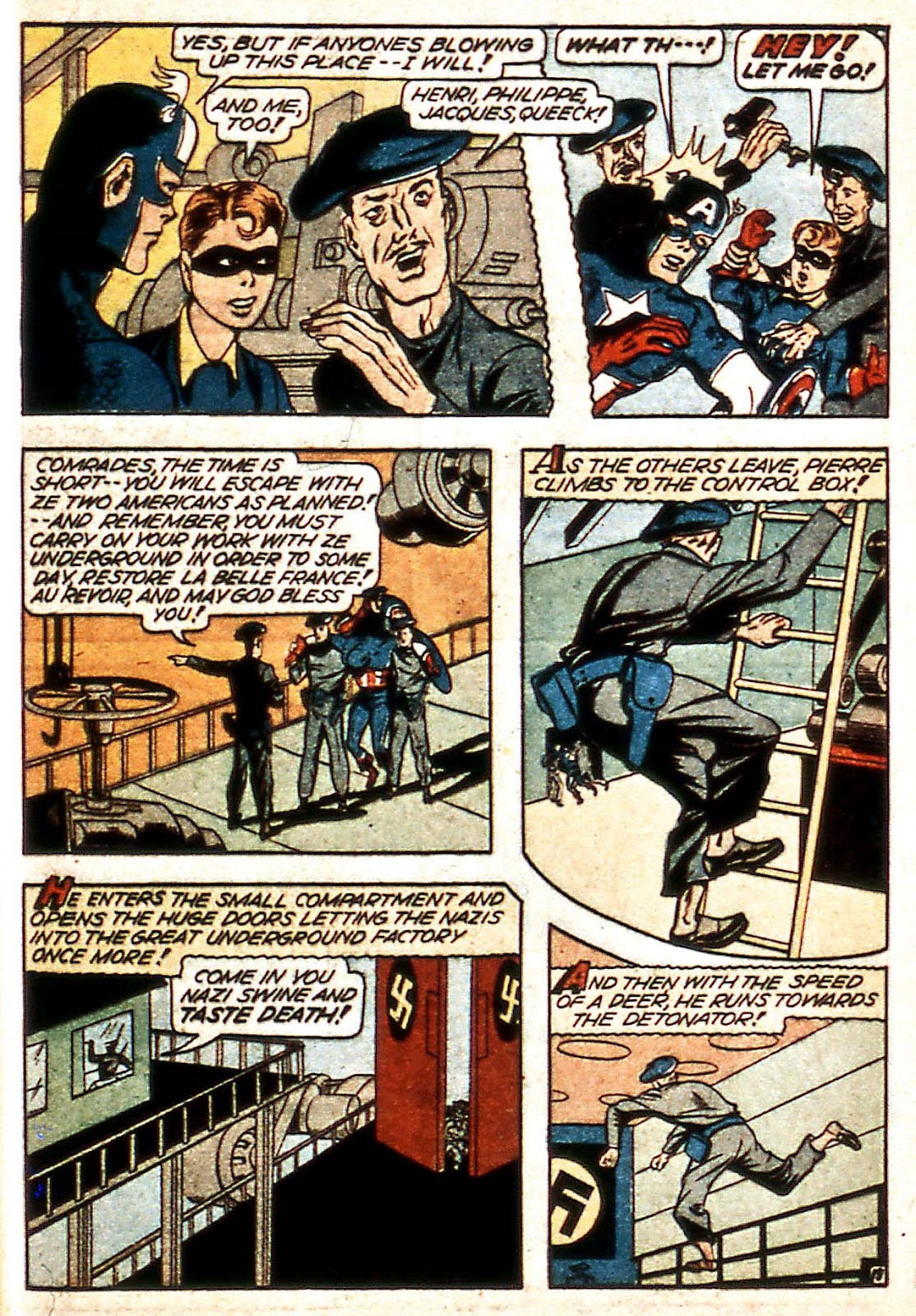 
I dithered over whether the one-month earlier "Invasion of the Killer Beasts" was by Infantino—it seems so much cruder—but then I found that the Marvel Masterworks reprint credited him as one of the pencillers (others unknown), so I'll go along with that. 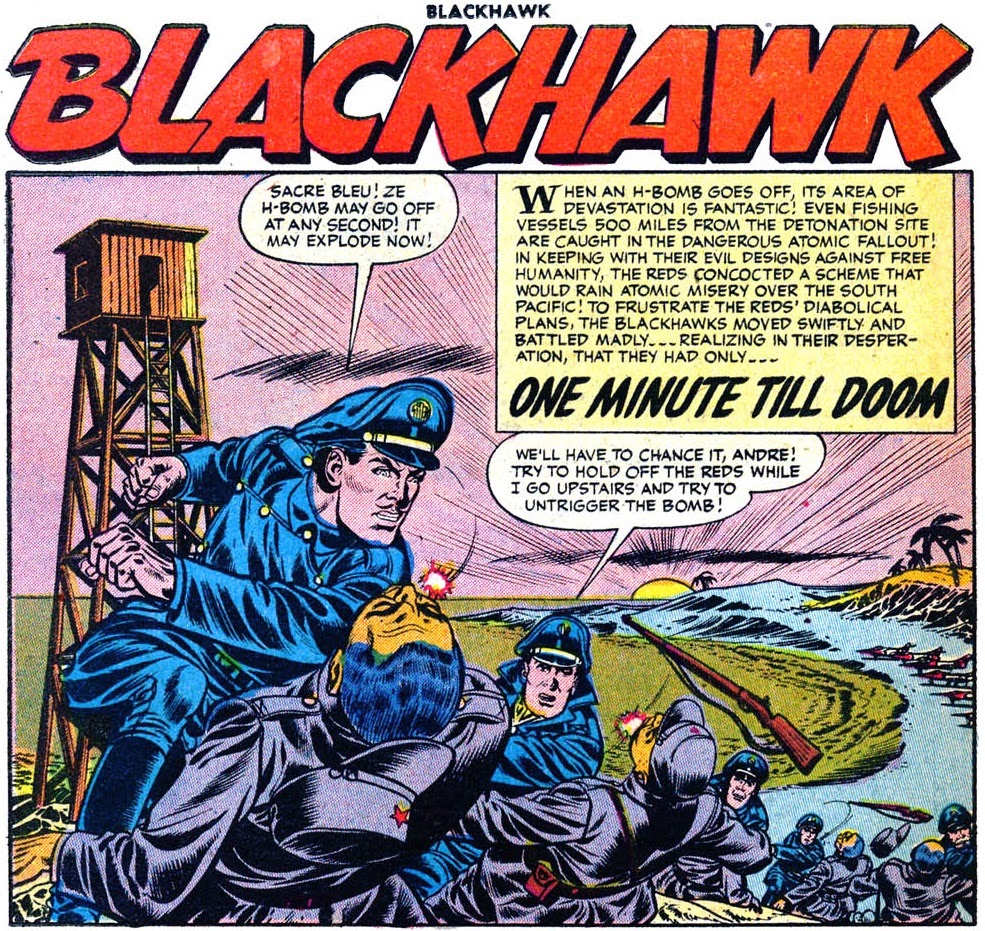 This will echo the lists for Quality's Exploits of Daniel Boone and Robin Hood Tales in 1956. Joe Millard had been writing for Quality for some time; Robert Bernstein was Quality's final writer before they gave up the ghost in 1956. It's been pointed out that the plot of Blackhawk 101's "The Lost Island" is lifted from Marvel Boy 1's "The Lost World" (Dec/50); but although Bernstein was writing for Timely/Atlas at that point, I can't find his stylistic prints on the Marvel Boy story.


Bernstein spells "Kamakaze" with an "a" throughout the story in #105, although the cover has it "Kamikaze."
Posted by Martin OHearn at 11:59 AM No comments:

This is either a huge coincidence or a very esoteric in-joke on the part of cover artist Gray Morrow. I know which one I go with. 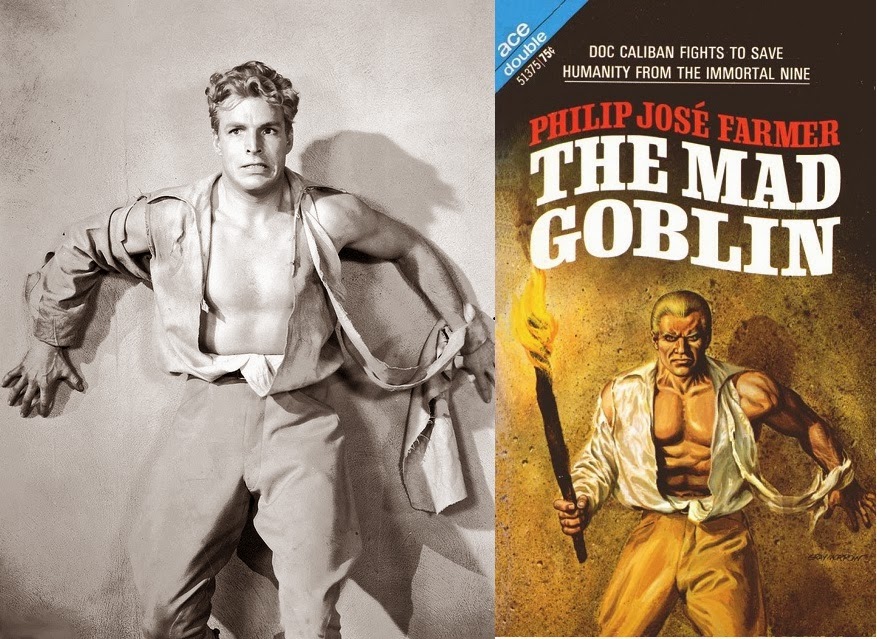