Another month, like last, of only five stories entered in the records book; for the only time, a single publisher: DC.

The authorship of William Woolfolk's war stories is already known, from Julius Schwartz's pay records for the books he and Robert Kanigher each edited. 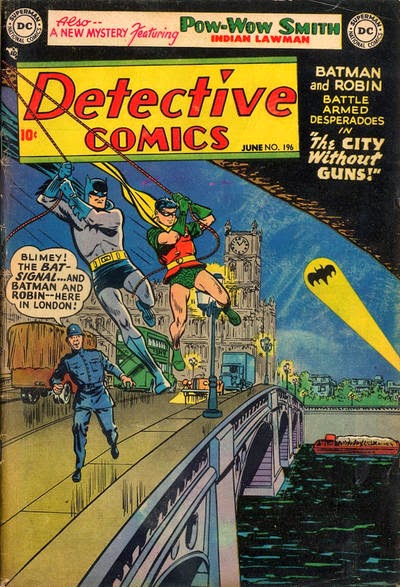 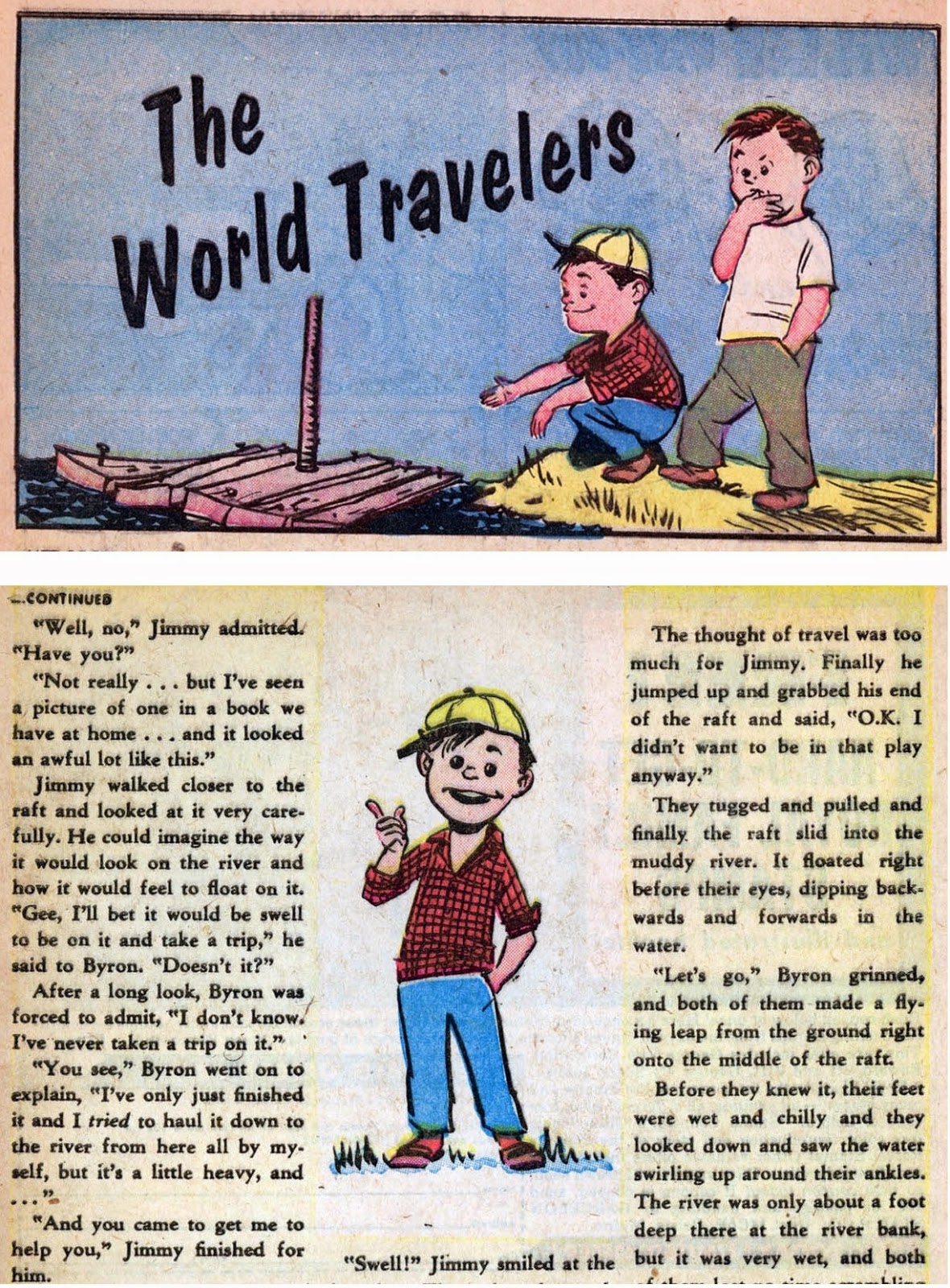 These two Severin pieces of spot art, like a tree falling in the forest without being posted on YouTube, haven't yet been cited on the Internet that I can find. They're from Cartoon Kids 1, no month, 1957. Joe Maneely did the rest of the issue; he's been the best guess so far as the artist on the text piece.
Posted by Martin OHearn at 1:18 PM 1 comment: 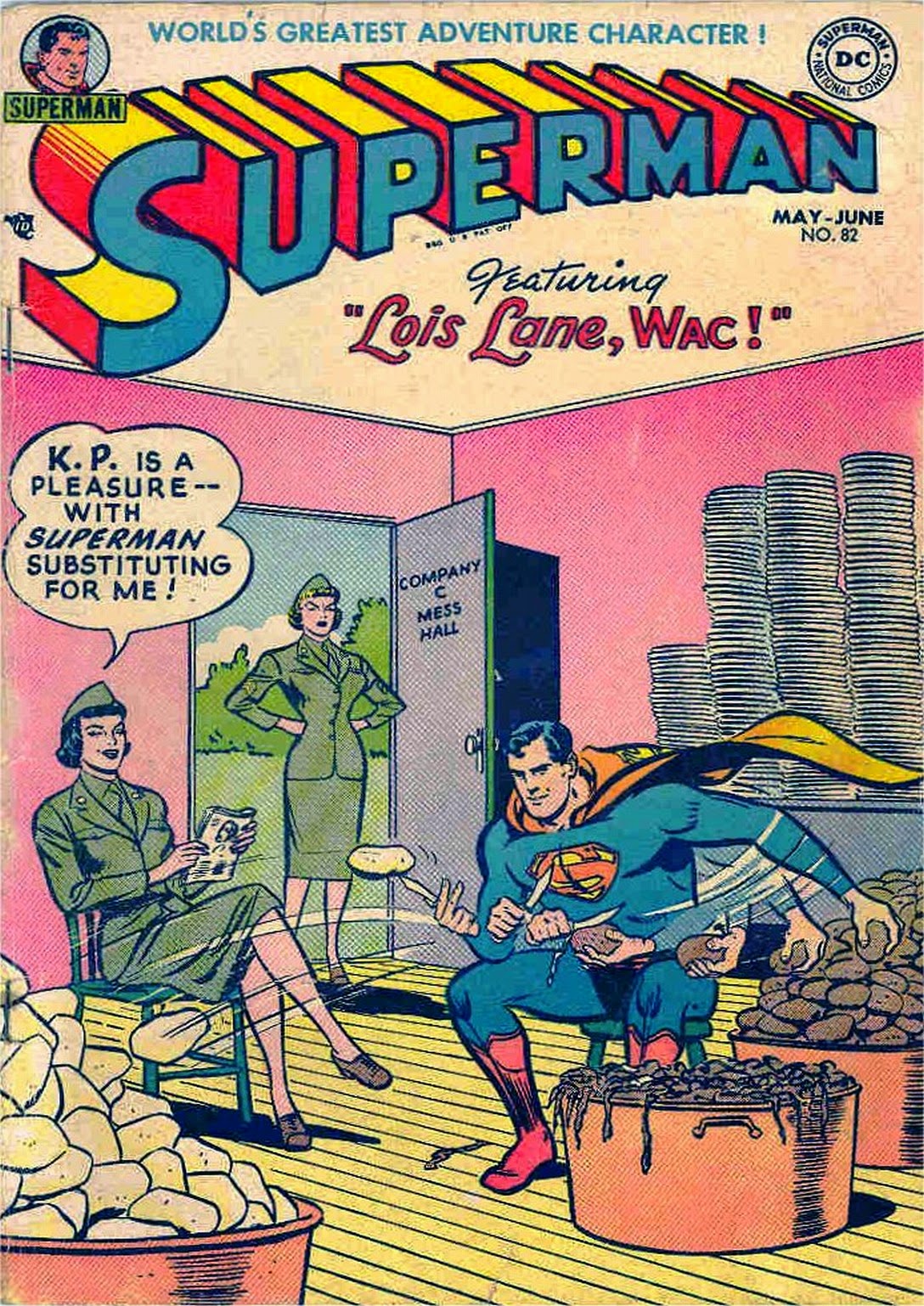 Posted by Martin OHearn at 11:38 AM No comments:

Heroes for Hire from Harvey

Some time in the future I hope to concentrate a few posts on the Harvey Thrillers, but at the moment I want to mention one story of interest. In Unearthly Spectaculars 3 (March/67) the story "Rent-a-Hero from Miracles Inc." carries on the Miracles Inc. feature from issue 2, and with a completely different writer-artist team (in issue 2 that "team" was pretty much Wallace Wood). 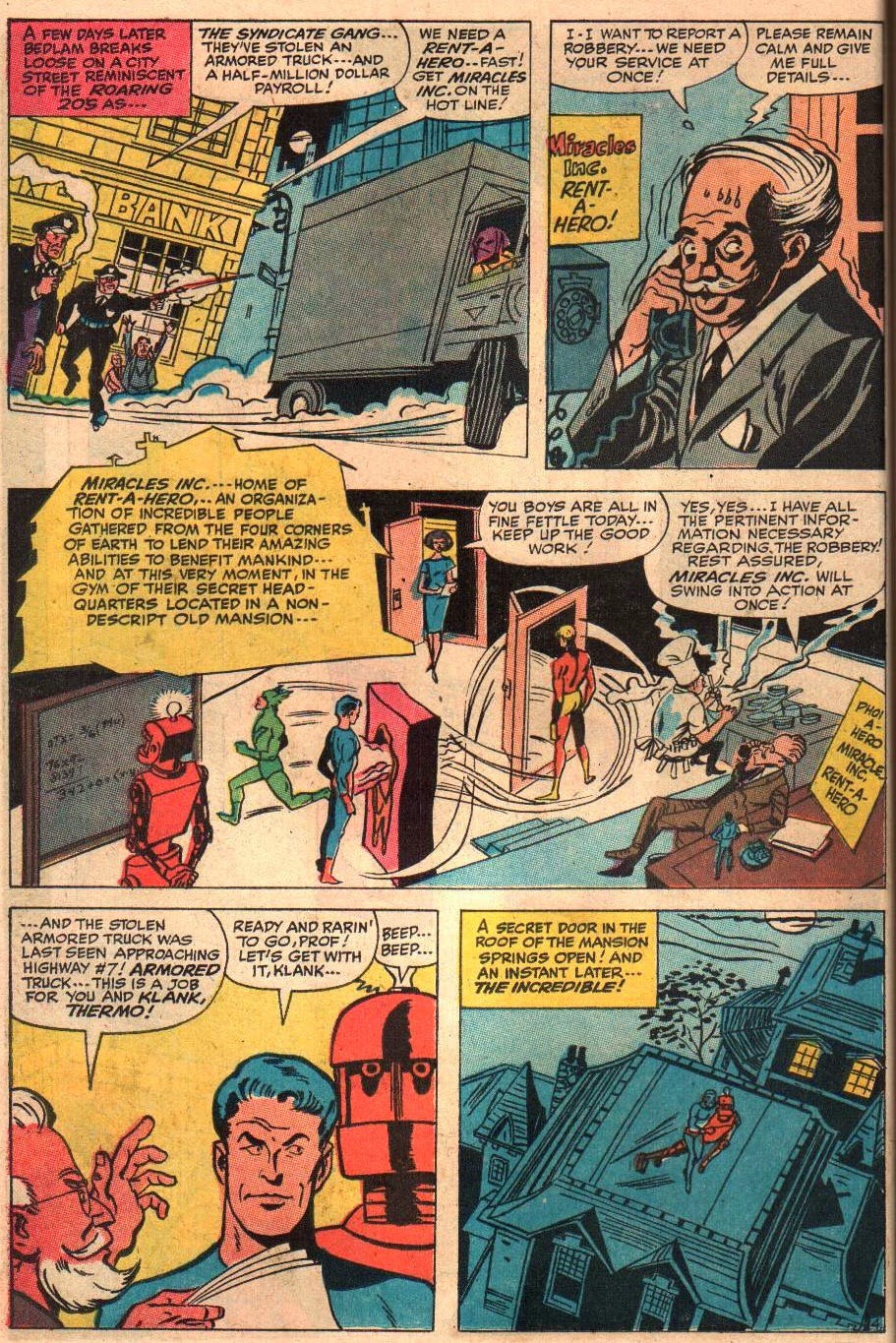 The Harvey Thrillers line in the mid-Sixties was edited by Joe Simon, who called in a rosterful of people, many of whom had worked for him before as well as some new ones. His writers on the various features included Dick Wood, Otto Binder, France Herron, D. J. Arneson, and Jim Steranko.

But "Rent-a-Hero" stands out as the only story I've recognized at Harvey as written by Joe Simon himself. I had to look ahead to his work at DC in the Seventies to find a starting point in creating a list of his scripting characteristics; at Harvey in this period, and in the earlier Sixties and the Fifties there, as well as at Archie and Prize and Crestwood, it looks like he was busy enough editing that he relied on writers including Jack Kirby, Jack Oleck, Carl Wessler, Bob Powell, and so on.

As far as the art on this story goes—I can relate to convincing oneself of seeing the work of an artist who isn't there, but I'm going to suggest that that's exactly what's happening when "Rent-a-Hero" is attributed to Joe Orlando. It's certainly easy to see why it is: folks are working backward from Orlando's credited work at Warren and DC from this period.

I would have thought his use of ghosts in those years is notorious by now, but I hope eventually it will sink in.

I can't make out a hint of Orlando on this story. Jerry Grandenetti pencilled it. Period. Is he being inked by someone else? If so, it doesn't much look like Joe Orlando. The latter did work for Simon earlier, but I don't see his art anywhere at Harvey.
Posted by Martin OHearn at 9:30 AM 7 comments: 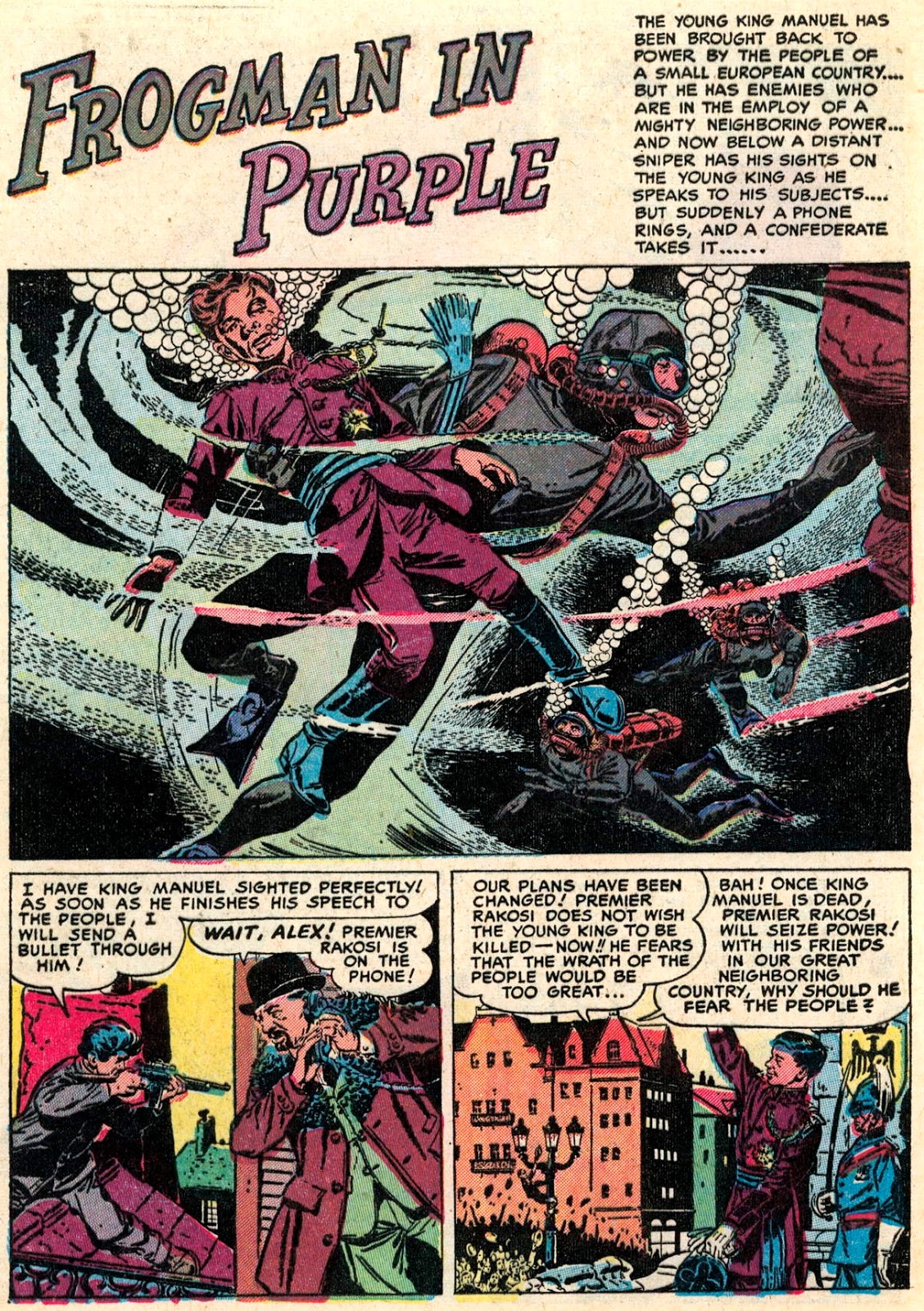