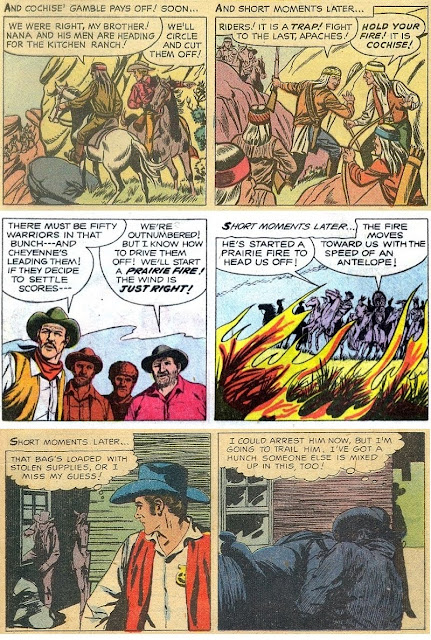 Although at this point Leo Dorfman has yet to use the caption structure "In the next agonizing moment..." as heavily as he will in the Sixties, he's leading up to it with "Short moments later..."; these tiers are from his first issues of the respective titles below, with the stories "Vengeance Trail," "Last of the Buffalo," and  "The Maverick."

Another Dorfman clue is variations of "Eeeyowww" and "Yowww," whereas Paul S. Newman mostly sticks to a succint "Oww!" In Binder's Broken Arrow issue we find an "Ukkk!"