Double Date with Judy and Debbi

Swing with Scooter 20, the Summer 1969 Special, wasn't the only time DC reused story material from A Date with Judy. 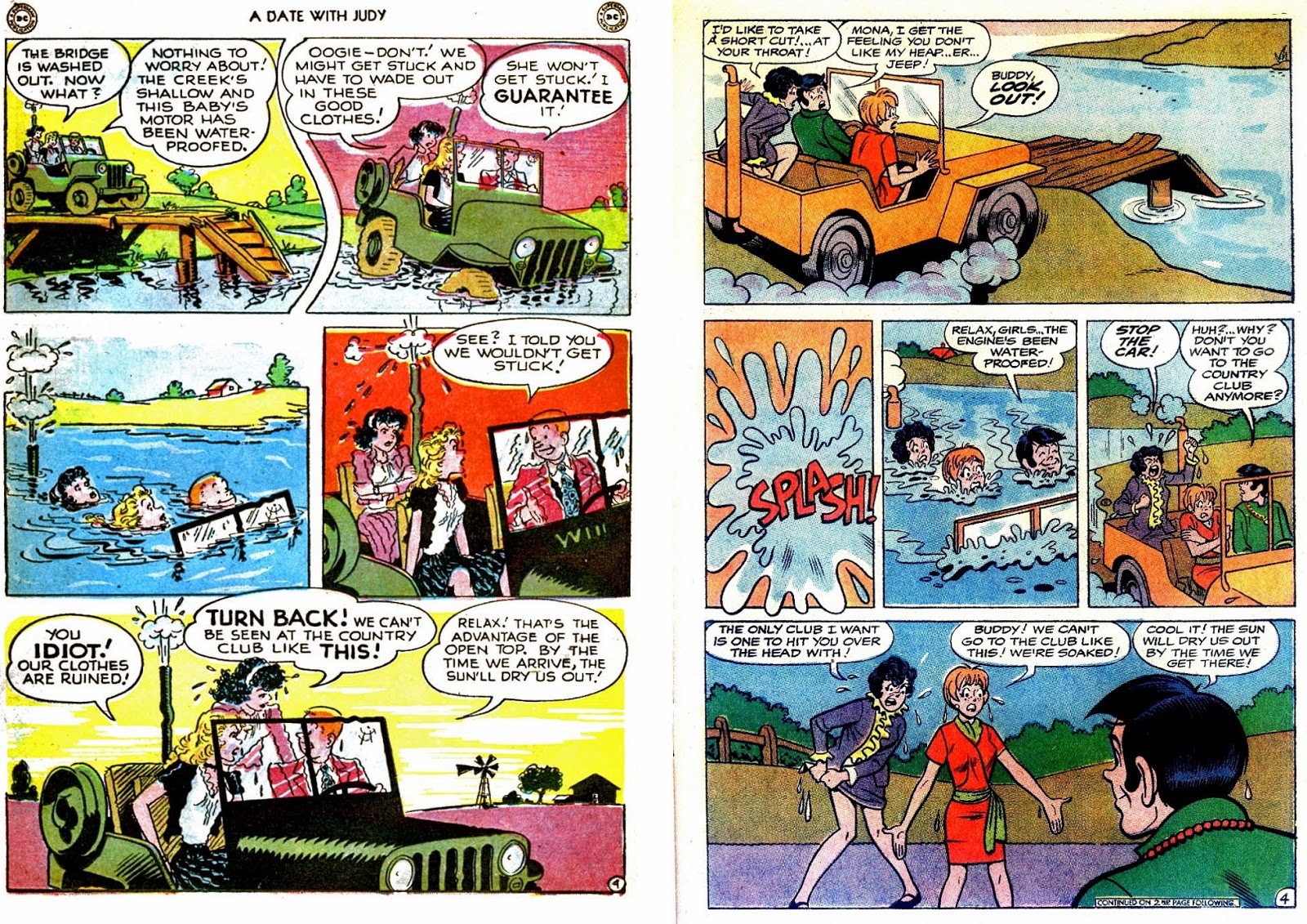 They had gone to that well in late 1968 for the first few issues of Date with Debbi. Here, at least, they didn't redraw reprints; they bought new scripts and art, but the scripts were rewrites of 1947-48 Judy stories. Both A Date with Judy 1 and Date with Debbi 1 open with a letter to the reader from the main character, introducing the characters pictured around the page edges: parents, boyfriend, little brother, rival, and Judy/Debbi..

The liberated woman story in Debbi 2 is the one that veers the furthest from the original, but still, the writer obviously saw the emancipated woman Judy story.

Alvin Schwartz was the first writer on A Date with Judy, and wrote her stories cited here; Graham Place drew the originals. I can track one writer on early Date with Debbi stories without being able to put a name to him or her; it doesn't seem to be any of the ones already known on the strip: Henry Boltinoff, Steve Skeates, Barbara Friedlander, or John Albano. Samm Schwartz was the first artist, but even by issue 2 the powers that be decided that some Schwartz faces had to be reinked. By issue 3 new artists began arriving.

DATE WITH DEBBI Stories with
A DATE WITH JUDY Plot Sources 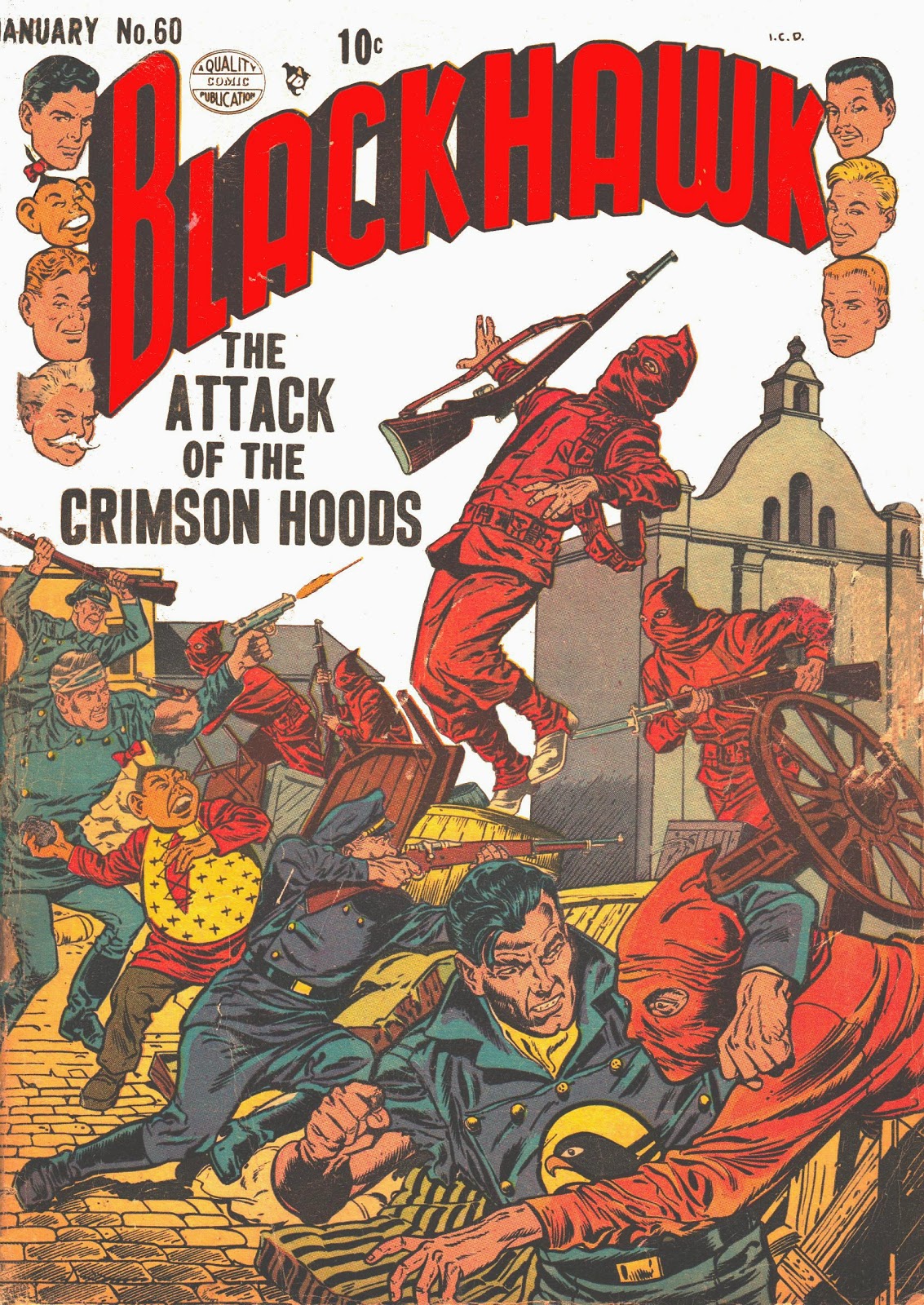 William Woolfolk entered the comic book scripts he sold in a notebook that, much later, Donna Woolfolk let Marc Svensson scan (thanks to both of them!). These May 1952 entries sold to Fawcett, Quality, and Orbit.

Swing with Scooter 20 (Aug-Sep/69), the Giant Summer Fun annual, needed reprints, but the title was only three years old. That wasn't a problem; DC had repurposed old stories before—modernizing hairstyles and fashions (Binky, romance stories) or outright turning characters into new ones (Dobie Gillis and Maynard G. Krebs into Windy and Willy).

By this point, though, Scooter had been transformed from the original design ghosted by Jerry Grandenetti in a Joe Orlando look into a more-or-less Bob Montana look, with Henry Scarpelli's full art on covers and his inks over other artists' interior pencils. (The Binky and Debbi titles would soon follow suit.) Anything from five or ten years earlier would have to be redrawn to match the style in Scooter 19 and 21.

But since the point was to save money on "reprints," the bare minimum of revision was called for. That meant some characters were not redrawn. People with Scarpelli's Archie-style heads would interact with Bob Oksner's and Mort Drucker's caricature-realistic folks. 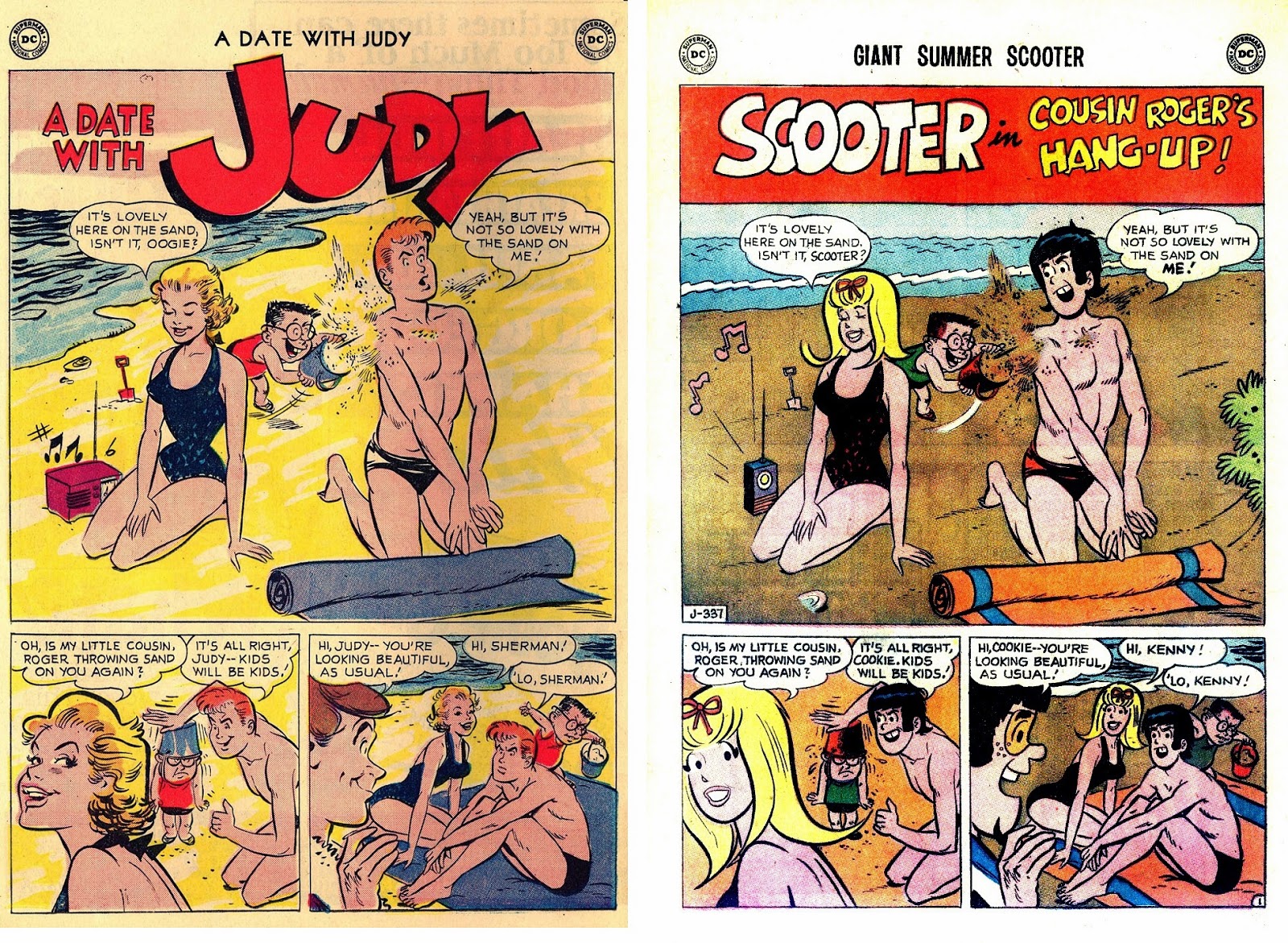 I had no idea at first where the original stories (evidently untitled and so not cross-indexed on the GCD) might be turned up. Then I found that the long-time artist of the radio tie-in A Date with Judy, Graham Place, did most of that title's run but not the last of it. Oksner and Drucker came aboard for the final year (Oksner had been given the cover art assignments on Judy a bit before that). I don't know who was writing the Date with Judy stories in 1960. Cal Howard?

By "editorial work," I would think Woolfolk means rewriting. "My Cruel Lover" is not a title recorded in earlier months, but other editorial work has been paid at $12.50 a page, and this, like a later Wanted revision that I can recognize as a Woolfolk to begin with (in fact "Cult of Killers"), is paid at $10. 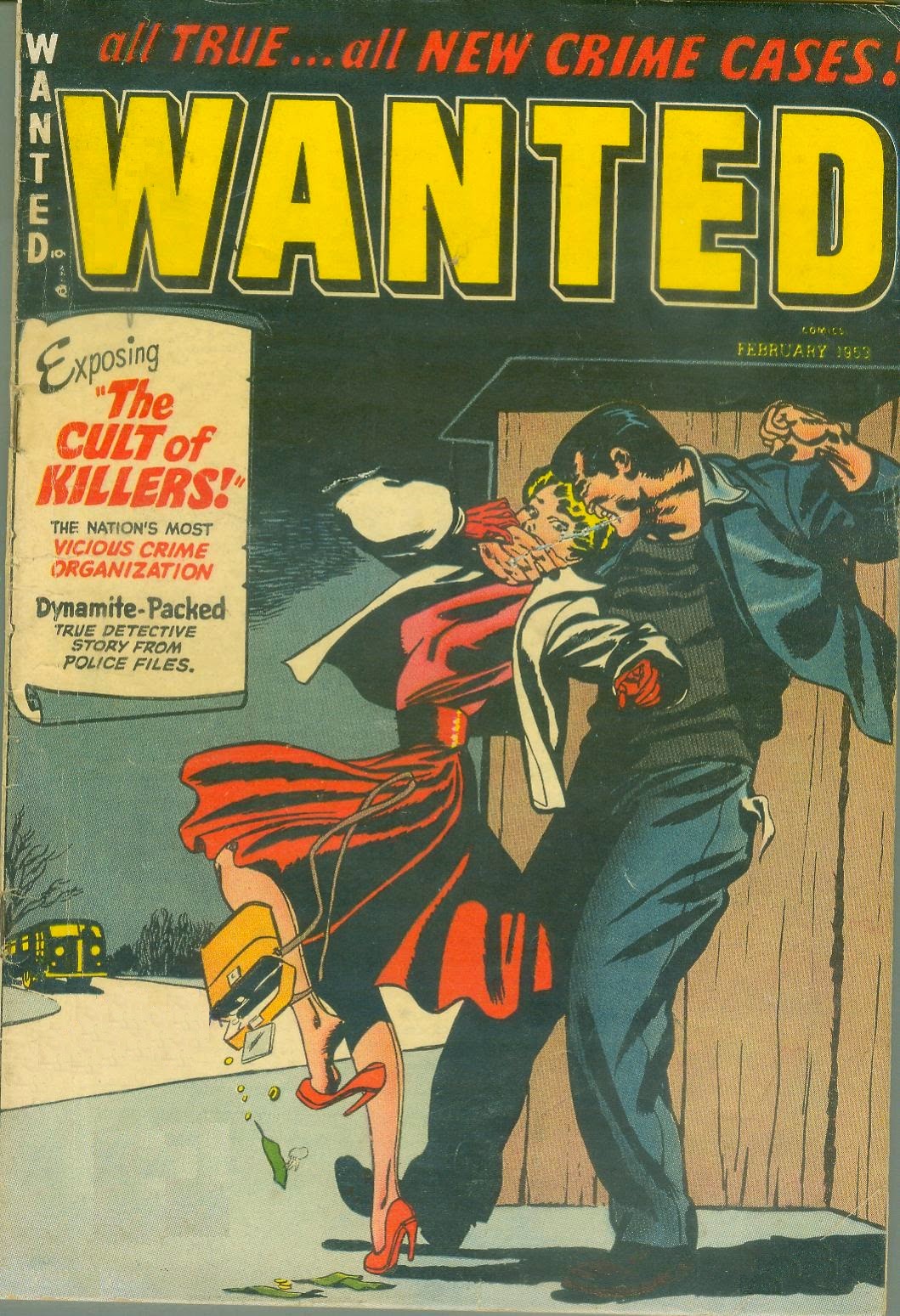 Millie the Model by Ken Bald and Pete Riss

The run of early Timely-era Millie the Model available nowadays to consult is incomplete; issue 1 is reportedly by other hands than these (Ruth Atkinson, for one). As of the next issue I've seen after this run, #20 (Oct/49), Stan Lee has a credit line on each story and the art is obviously by Dan DeCarlo; DeCarlo will continue on the feature close to the end of the Fifties, and Lee beyond that. Lee may well have written some of the stories in these earlier issues.

Not only is Ken Bald credited for script and art on the first story page of Millie 9, but the credit is amplified in Stan Lee's book Secrets behind the Comics: Bald wrote and drew all four of the connected stories about a Paris trip, and did so while in Paris.

On Millie 7 you could take the frontispiece crediting Millie art to Ken Bald and Pete Riss as meaning that Bald pencilled and Riss inked. Or, as I have, you could ID the stories drawn in Bald's style as by Bald and the ones in Riss's style as by Riss. The fact that Bald wrote the two drawn in his art style ("Yoicks!" in both of them, the same as in Millie 9) would back up that decision. Bald might have written more stories in #2 than the one I can identify at this time.

Riss gets the sole frontispiece credit for Millie art in #8. His early issues are, in my opinion, some of his best work; obviously he's being influenced by Bald. Compare the Bald page from "Millie's Little Leopard" in Millie 7 with the Riss one from "Seeing Spots" in 12. By the end of 1948 some of Riss's people are back to the skinny scarecrows such as are seen in "A Modern Alice in Wonderland" (Superman 41, July-Aug/46). I've left off this list backup stories such as Willie, Rusty, and Hedy De Vine, all by other artists.


On this tier by Pete Riss from "She Who Laughs Last" in Millie 10, he indulges in an in-joke diluted by, probably, the use of different inkers at Timely and Quality.