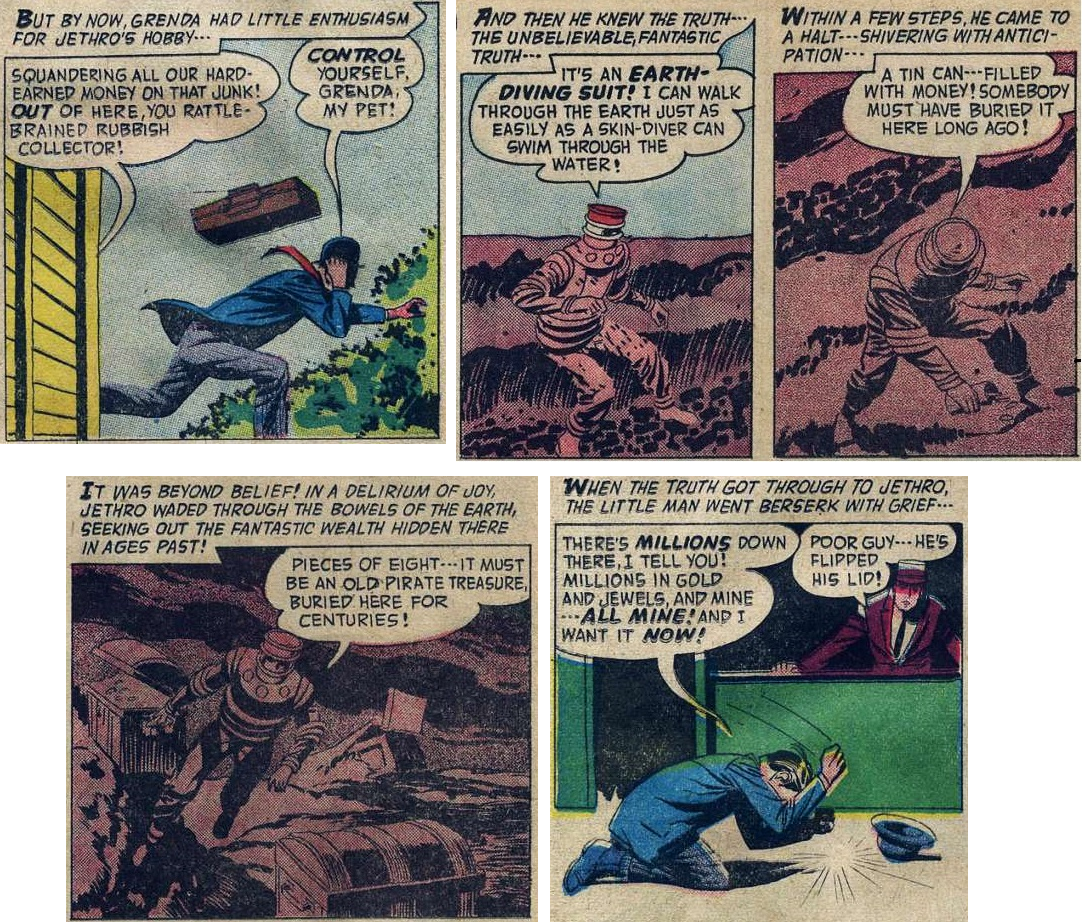 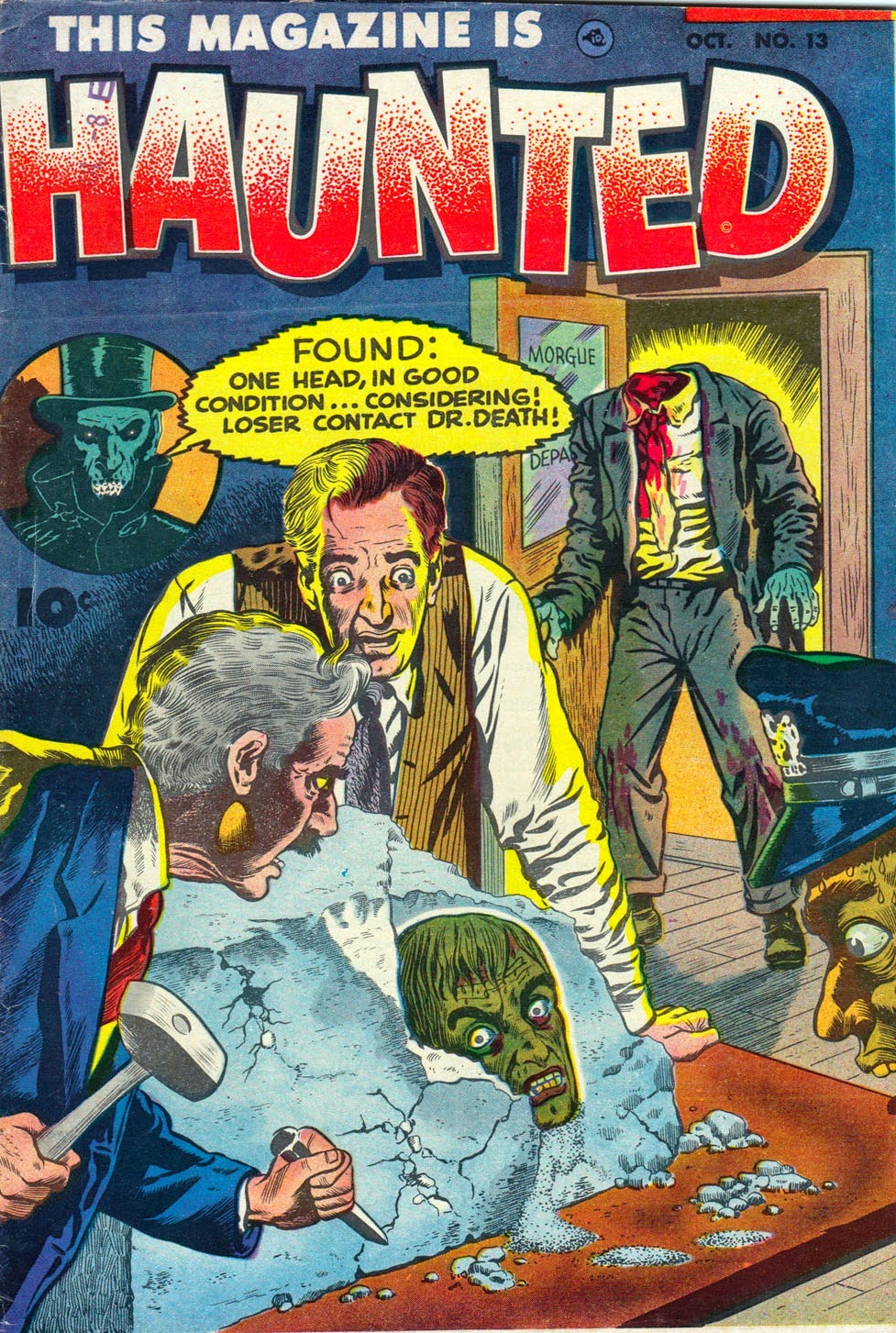 Fawcett and Orbit are his only two publishers again this month. He hasn't been told yet that Captain Marvel Jr.'s book is being cancelled.

Posted by Martin OHearn at 10:46 AM No comments:

When Martin Goodman started the new Atlas Comics after having sold Marvel, he wanted books as much like Marvel's as possible. You'd think that would be hard to do with Vicki, which repurposed reprints of Tippy Teen from Tower. But: 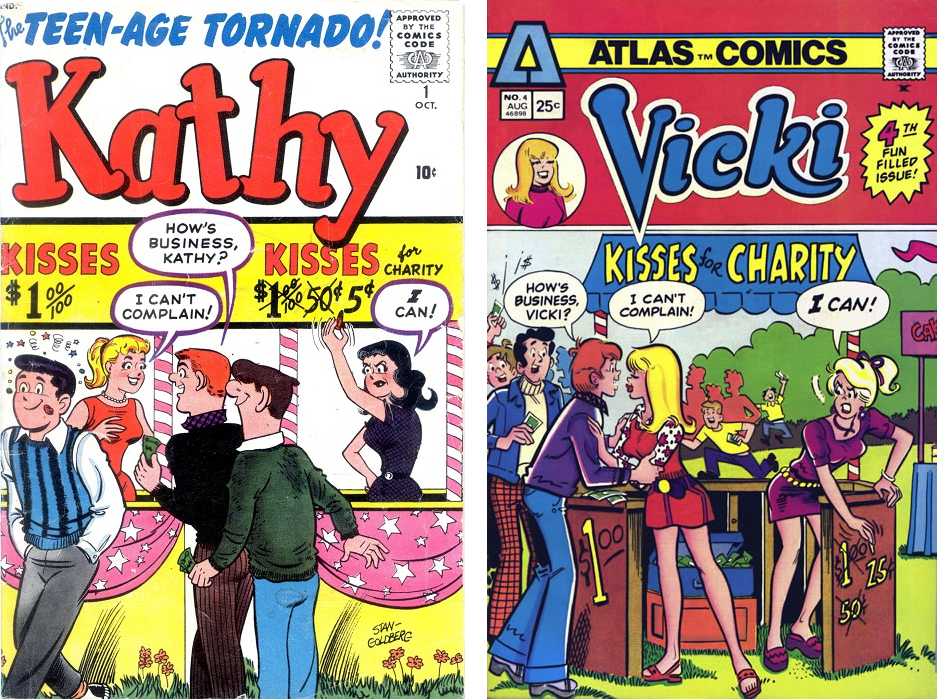 Kathy 1 (Oct/59) was published by the company going without a cover name between calling itself Atlas and Marvel; Vicki 4 (Aug/75) by Atlas/Seaboard. Both covers were drawn by Stan Goldberg. The question is whether he needed any help for the eight words of dialogue on the Kathy cover if he came up with the situation Marvel-style (as the artist-before-writer method would later be called); on the Vicki one, was he reusing something he'd done all by himself?

Of course in the intervening years at Marvel he could first-hand see Stan Lee recycling story stuff over and over on Millie the Model.
Posted by Martin OHearn at 1:31 PM 9 comments: 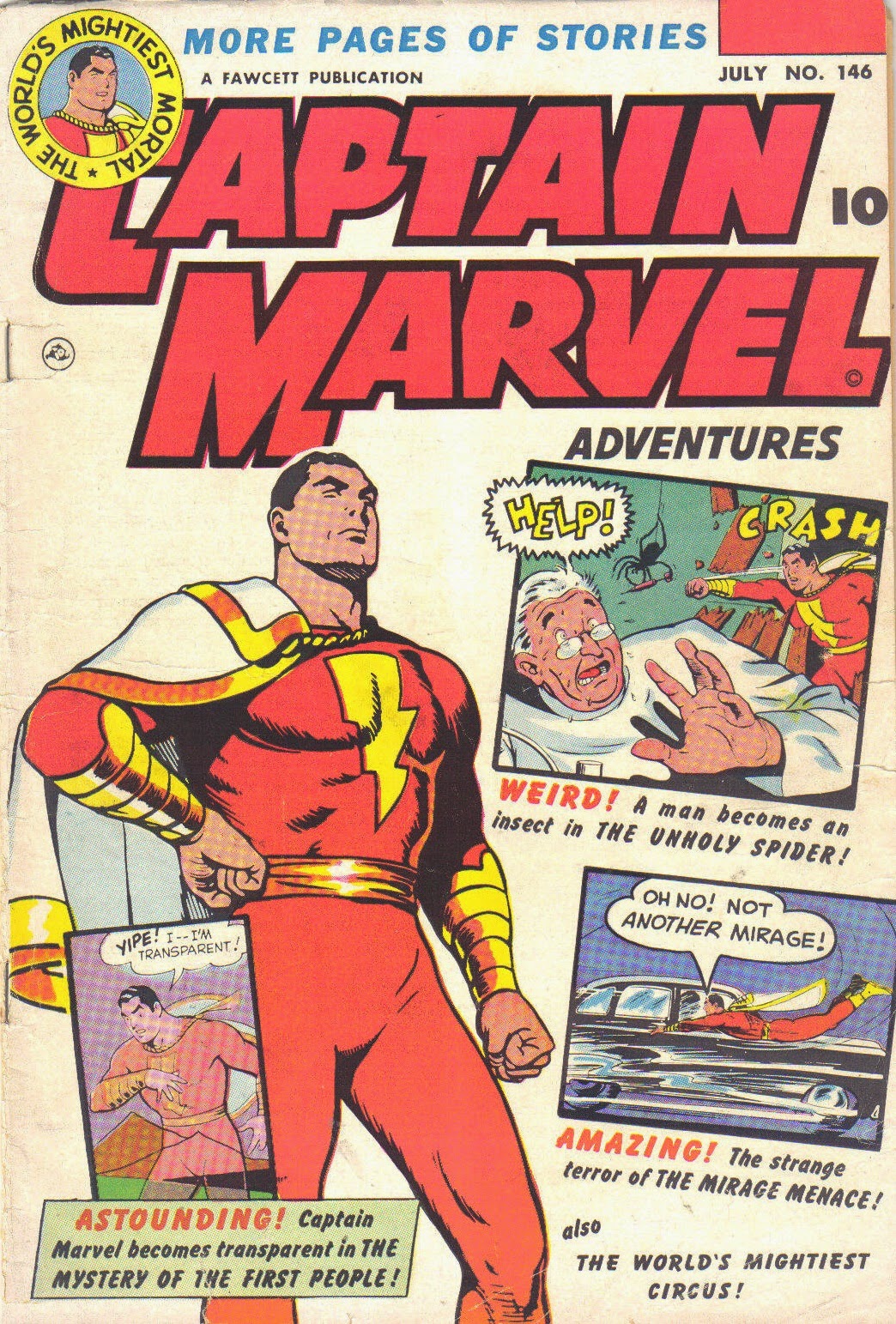