This is a way of dipping my toe in the water on Robert Bernstein's scripts for Lev Gleason; he was a major writer for them mostly after Dick Wood (their tenures overlapped in 1946-47) and alongside Carl Wessler and others. There may well be more Bernstein stories here that didn't jump out at me if he didn't use his typical exclamations.

Desperado not surprisingly is spun off Crime Does Not Pay as an anthology of nothing but Wild West crime stories after CDNP ran them every so often. With #9 Desperado became the Western masked hero book Black Diamond Western.

In lieu of CDNP's Mr. Crime, the lead story of most issues of Desperado was narrated by an object--a gallows, a coin, a boot--long before that became a staple of the DC war books. Here a gun is narrating "Joe Slade" in #1. 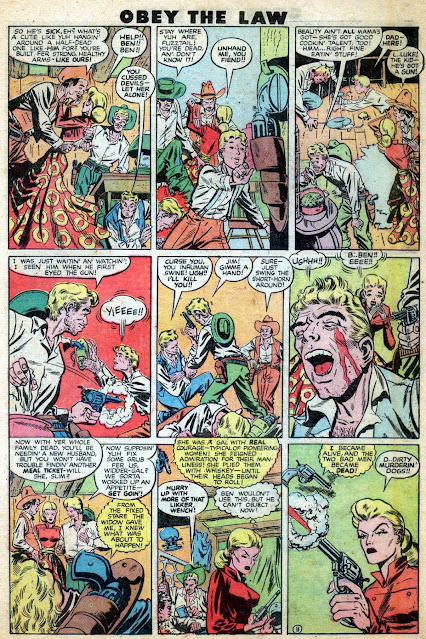