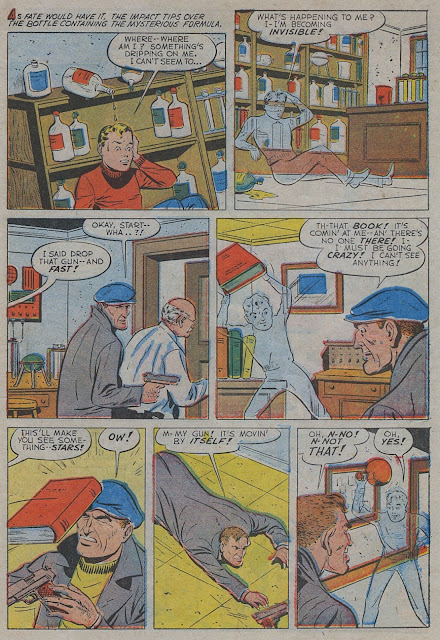 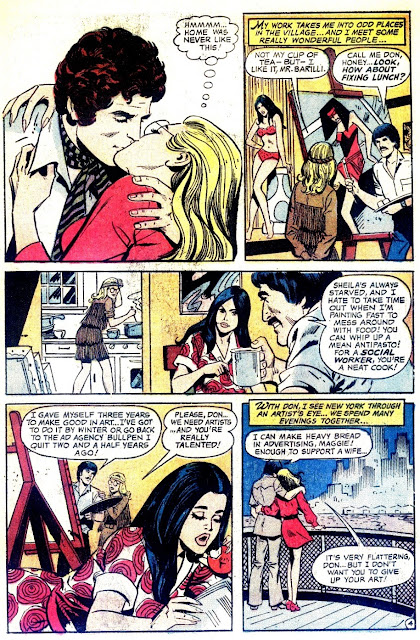 I'm surprised Kurt Schaffenberger didn't do much more romance at DC than these stories (there are issues I haven't seen yet, so maybe there are a few). He does have a credited story later, in Young Love 124 (Mar/77).

Evidently others aren't expecting him there either, because his pencils on these two stories have gone unidentified. Nobody's made a guess on "Look before You Love;" and "Where the Action Is" (as seen above) has been attributed to Jay Scott Pike on pencils. Up to a point you can say "Vince Colletta" to explain it, but there's plenty of credited Schaffenberger/Colletta art on the superhero books in the Seventies for comparison; also for comparison, the story before "Where the Action Is" in GLS 178, "Play with Fire," is indeed (as attributed) Pike/Colletta. 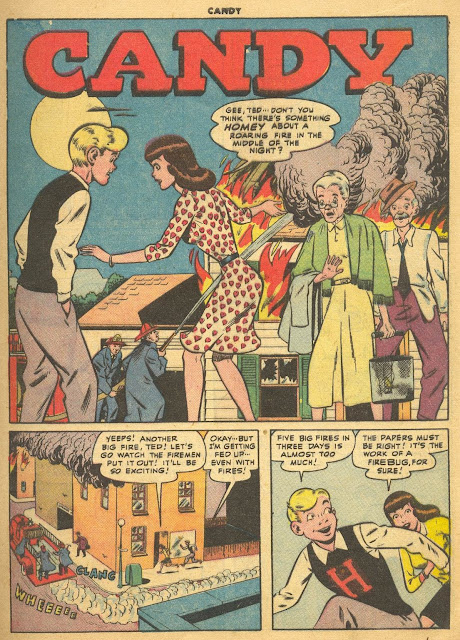 Pete Riss does a few Candy stories at Quality when there are suddenly more needed—she gets her own book in addition to her feature in Police Comics. (Riss doesn't have any Candys in Police that I can see.)

I'd say the feature's main artist, Harry Sahle, is inking at least the faces of Candy and her boyfriend Ted on these stories. On the archery story in #10 and the love in the stars one in #11 it looks more as if he's doing full inks over Riss pencils, but one or two minor characters like a soda jerk are distinctively Riss's, and in a few long shots Candy's arms look like hinged sticks. Sahle signs many of his solo stories, but he signs none of these—they're not being ghosted per se.

There are other stories in this run that strike me as not penciled by Sahle (one between these two in #11, for instance), but I have no idea who the pencillers other than Riss might be.