That Strange Feeling That You've Been Here Before

Some of the notable examples of comic book features recycling stories are in The Spirit, the Superman family, and the Marvel western and weird titles. That's not even counting writers redoing stories they did at other companies; I can think of a Jack Oleck story appearing at EC, Harvey, Prize, and DC. The rewrites I speak of are ones instigated by the editors; as Mort Weisinger is supposed to have rationalized it, there's a new audience of kids every five years. 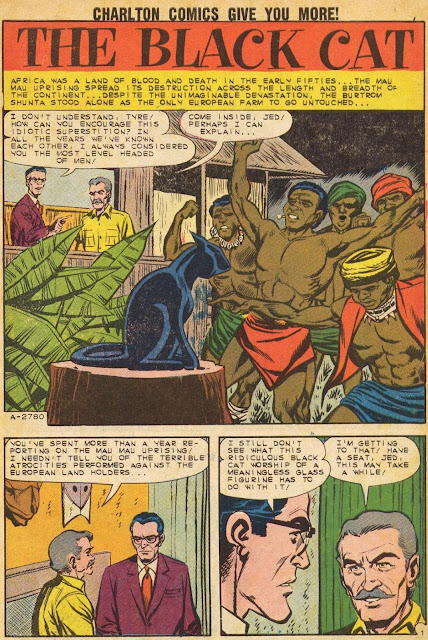 This pair of stories at Charlton—"The Black Cat" in Unusual Tales 41 (Sept/63) and "The Golden Horse" in Strange Suspense Stories 73 (Jan/65)—came out only a year and a third apart; I don't see the editors not being in on it. The same artist, Rocco Mastroserio, drew both. If there's anything not by the original writer, Joe Gill, in the rewrite, I can't see it. Panel for panel this is the same story, rewritten to fit a different historical period. In both versions a statuette falls and shatters, but in the second it's made of gold, a flubbed detail that shows the speed with which Charton work was done; Gill later told that he couldn't afford to do second drafts at the page rates. 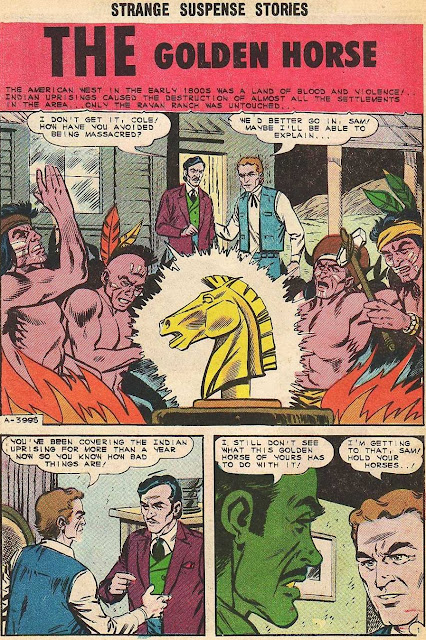 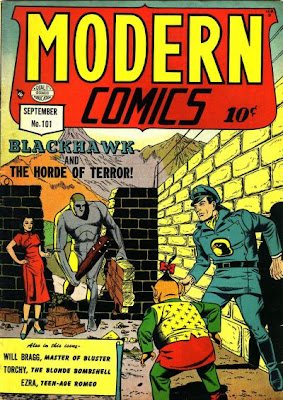 To repeat the background: through the good graces of Donna Woolfolk, Marc Svensson some time ago scanned William Woolfolk's original records of his comic-book script sales in the Golden Age. Bold additions are my tracking down (or making a best guess at) where the stories were published.

The only place I can imagine the boxing bout text piece fitting is on the inside covers of Joe Louis 1, which I haven't seen but whose 36 pages already contain a front cover, 32 pages of comics, and a letter ghosted for Louis. Woolfolk writes issue 2's text piece in May.

UPDATE: I guessed the Monte Hale gold rush story for one called "The Great Gold Strike" only to find after posting that I'd gotten its date wrong; Monte Hale Western 40 was published long before this story was written. LATEST UPDATE: darkmark found it.

At 1961 Marvel the fifth monster anthology, Amazing Adventures, distinguished itself from Journey into Mystery, Strange Tales, Tales to Astonish, and Tales of Suspense with a series: occult master Dr. Droom, in #1-4 and 6.

With no full credits at this point, the best guess at authorship has been that whatever Stan Lee didn't sign was written by Larry Lieber. In late '61, it looks as if they were indeed the only two writing for the company; that wasn't be true a couple of years earlier, where Jack Oleck, for instance, was one of the writers with a story in TOS 1 and Jack Kirby was for a short time allowed to be the writer/artist he'd been elsewhere (see Nick Caputo on Kirby's scripting his own stories in Battle).

Since by 1961 Stan and Larry's styles are very, very similar, I'd been relying on that signature; the only story signed by Stan in these six issues is "The Fourth Man" in #6. It's a small surprise, then, that he wrote some stories he didn't sign. The surprise is only a small one because they're exactly the ones you'd think he wrote: the twist-ending shorts drawn by Steve Ditko, quite a different sort of tale by this point than the monster epic leads. AA would, of course, turn into Amazing Adult Fantasy with #7—all Lee-Ditko stories of this sort and all stories, covers, and contents pages signed by Stan and Steve. In the four anthologies that outlasted AA, Stan would continue with the Ditko stories (signed and then credited, when Larry gets credit too on his stories).

Again, this doesn't stretch back years. Steve Ditko's first stories for Marvel in 1959 were not scripted by Stan Lee, who was busy enough with the Western and girls' series. 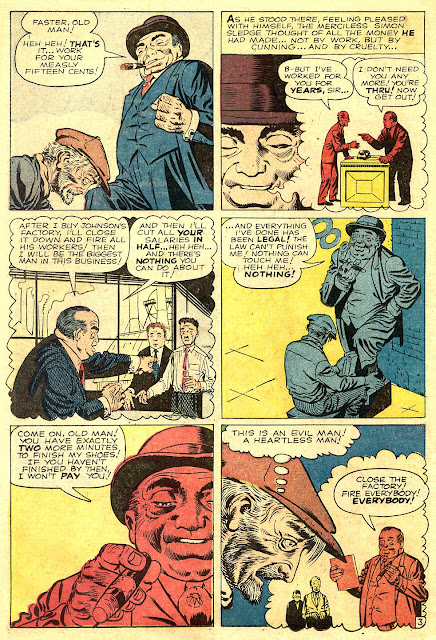 If Stan Lee (as per later stories' credits) or Jack Kirby or Steve Ditko (as per reminiscences of the Marvel method) plotted some of these, who can tell? (Although that alliteratively-named capitalist Simon Sledge is the villain and not the hero would suggest that Stan could keep all the credit for "The Bootblack" and be welcome.)

UPDATE: I'd originally listed Dick Ayers as the inker of "Sserpo," but Mark Evanier's comment sent me to look at it more closely.

Not much has changed over the fourteen months whose records are unavailable: Fawcett, Orbit, and Quality are still William Woolfolk's publishers. The only entries out of the ordinary are the Rocky Lane western instead of a Monte Hale, and the biography of champion boxer Joe Louis. 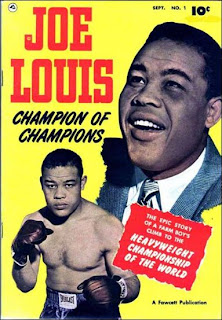 If we go by his track record before and after this interregnum, I'd guess that during it Woolfolk wrote all the Ibis stories in Whiz 110-124 and close to all of the Wild Bill Pecos stories in The Westerner 21-27; moreover, that he had stories in every issue of Wanted 21-26. By this point he's selling Captain Marvel Jr. scripts every month.

UPDATE: Since posting, I found which issue the Rocky Lane story was published in.


Woolfolk's writing this Marvel Family script happens to fall on the end of the month; he begins February writing its final chapter.
Posted by Martin OHearn at 10:04 AM 2 comments: