Otto Binder on The Westerner

Although Jerry Bails and Hames Ware in the Who's Who had Otto Binder writing Wild Bill Pecos for Orbit (giving his tenure as 1950-51), it seems there are no records of which particular stories he wrote. I've mentioned a number of times that at least some of Binder's records were compiled after the fact; as I understand it, Jerry went through his comic book collection with Otto and asked, "Is this story yours? Is this?" (After which he wrote in the credit on the stories' first pages.) But I suspect Jerry hadn't collected The Westerner.

Mostly Binder's stories here fill in around those noted in William Woolfolk's records; the question is where Binder comes aboard. I don't find any Binder stories on the title before issue 34 in 1951—although the tenure is correct in that he wrote the first of these in 1950. There are stories in 35, 36, and 37 by neither Binder nor Woolfolk.

Otto Binder's style is pretty obvious: "Ulps," "Omigosh," "Yayyy." In the Lobo stories, with only American Indian characters, he doesn't use these informalities, so there I'm going by his style of exclamatory and explanatory captions. The cowboy expressions "Jumping horned toads" and "Howling coyotes" he uses also on a Fawcett story, "Ken Maynard and the Pied Piper of the West" (Ken Maynard Western 3, Apr/51)—again, Bails and Ware had this feature listed for Binder, but individual stories evidently were never singled out (#3 is the only issue I've seen so far). Binder shows a prediliction for alliterative names: Bronco Baily, Blazes Barns, Bushwhack Barton, Bruce Bates, Diablo Dan, Owlhoot Orton, Pete Piper. 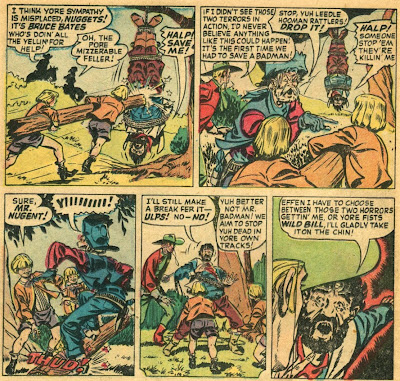 The Westerner scripts by Otto Binder:
Wild Bill Pecos (except as noted) 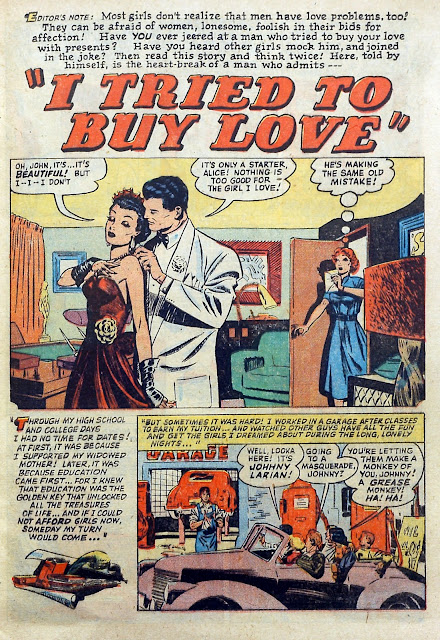 The publishers buying the stories are Orbit, Fawcett, and Quality—the latter for whom William Woolfolk starts writing some stories of private eye Ken Shannon, who not only has his own title but has taken Plastic Man's slot in Police.

Posted by Martin OHearn at 11:09 AM No comments:

Ernie Colón drew at least five pages at Archie in 1960. Maybe he did more—Archie put out a lot of comics at the time that I haven't read yet—but so far I've found his work in two issues of Archie's Madhouse. He drew "Stamps for Teens" (a two-pager) in #9, Dec/60, and "How to Read Tea Leaves" (three pages) in #10, Feb/61. His inking line is the giveaway, but the cheerleader and cartoonist stamps show his pencil style best, I think.

These issues fall in the Madhouse run in which Sy Reit, as far as I can tell, is the sole writer. (George Gladir would take over as sole writer for some years, although the editors mixed together some Reit and Gladir stories for a few issues during the changeover. In the Seventies a number of writers, including Frank Doyle, scripted stories.) Reit and Colón are connected elsewhere in that both worked on the Harvey characters—Reit created Casper the Friendly Ghost before Casper was a Harvey character—but more closely in that together they did classics-type comics stories for Boy's Life such as "The Legends of King Arthur" (Aug/92).
Posted by Martin OHearn at 10:37 AM No comments: 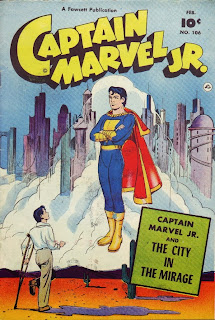 Posted by Martin OHearn at 12:05 PM No comments: