Just before Joe Shuster did a love story and a filler in the same issue for Standard in 1950 he did a love story for Ace: "Romance on the Range" in Western Love Trails 7, November 1949. The title lasted only from #7 to #9. I'm only just getting into Ace's comics, with the romance titles on the back burner, so I don't know if he did any more for them. The inks are different from the Standard story and filler's, but one way or the other this story's inks don't look at all to me like early Superman work, i.e. Shuster himself. 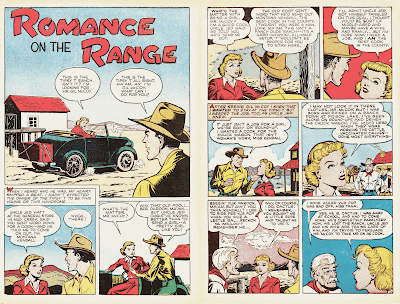 Otto Binder wrote three of Fawcett's 35 movie comics issues; the series started off written by Joe Millard and then became Leo Dorfman's most notable assignment there.

Here's a page from "Code of the Silver Sage" with Rocky Lane (Motion Picture Comics 102). The clues to lead to Leo Dorfman are "As" and "Just then" in the captions, but the clincher is the use of periods--all of these not exclusive to Dorfman, but used by him much more often than the other writers at Fawcett at the time. "Ivanhoe" and "The Red Badge of Courage" are, as I never tire of pointing out, the "classics in comics" mentioned in an early 70s Superboy text page and taken by fandom at the time as meaning Classics Illustrated. 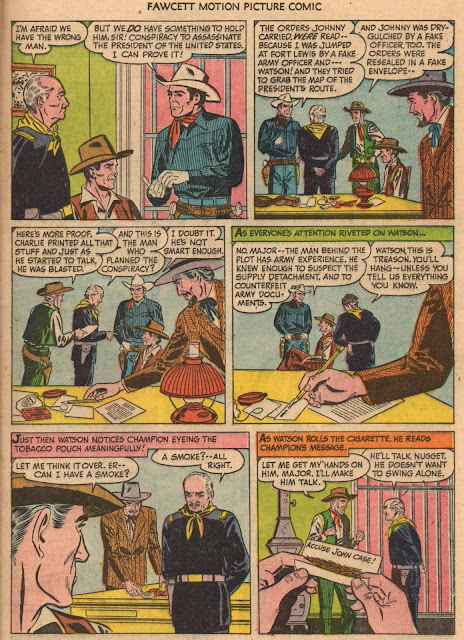