With issue 14 it switches from the West Coast offices of Western Publishing to the East Coast. In the next years there are stories by Paul S. Newman, Arnold Drake, and Steve Skeates. One of the artists known to the Who's Who is John Langton. Since he did a lot of work for Cracked, his style is easy enough to pick out. (The signed tier is from "A Cracked Alphabet Book About Politicians" in #70, August 1968.) 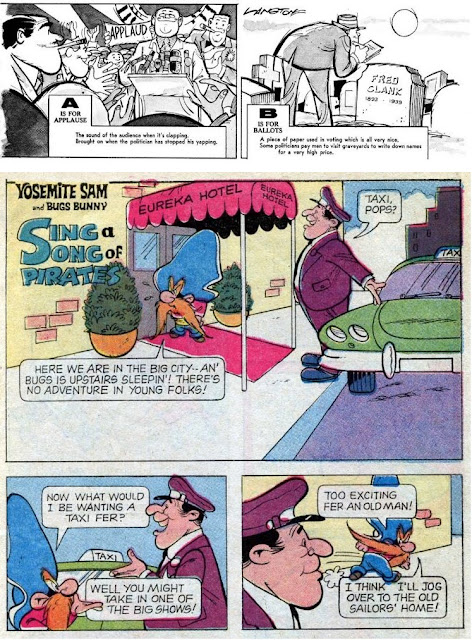 I'm missing a few issues, but #14 through 47 does seem to be the range of Langton's original work on the title.