Working Backwards from the Who's Who--Sam Citron

The Who's Who credits Sam Citron with Girls' Love Stories 1968 at DC. It gives him stories at Gold Key around the same time  in Ripley's Believe It or Not and The Twilight Zone. On the Grand Comics Database the latter stories, uncredited in the comics themselves, have been identified. But possibly the art spotters who paid attention to the weird anthologies at one company didn't cross over to the romance ones at another. 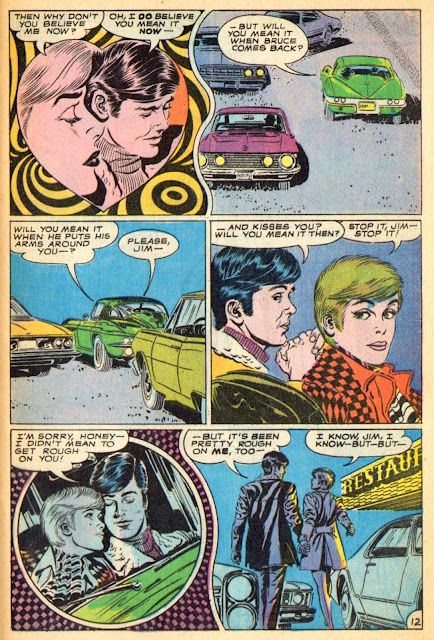 That art of Citron's for Girls' Love Stories is on "Don't Leave Me Again" in number 138 (Oct/68). As with the Gold Key stories, he's inking himself here; at ACG three or four years earlier, all his stories (credited in the comics, as per usual at that company), were inked by Pete Costanza or Tom Hickey. This story's splash page has been correctly noted in the GCD as a reprint of the Infantino & Giordano cover.

I spent some time looking though the Sixties DC romance books to see if Citron had any work obscured by inkers, but finally had to admit to myself that the handful I found were by perhaps Werner Roth or Tony Abruzzo. DC did try to homogenize art into a house style at times via the inking.
Posted by Martin OHearn at 10:21 AM 5 comments: 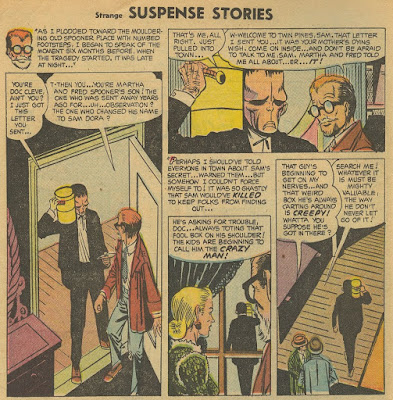