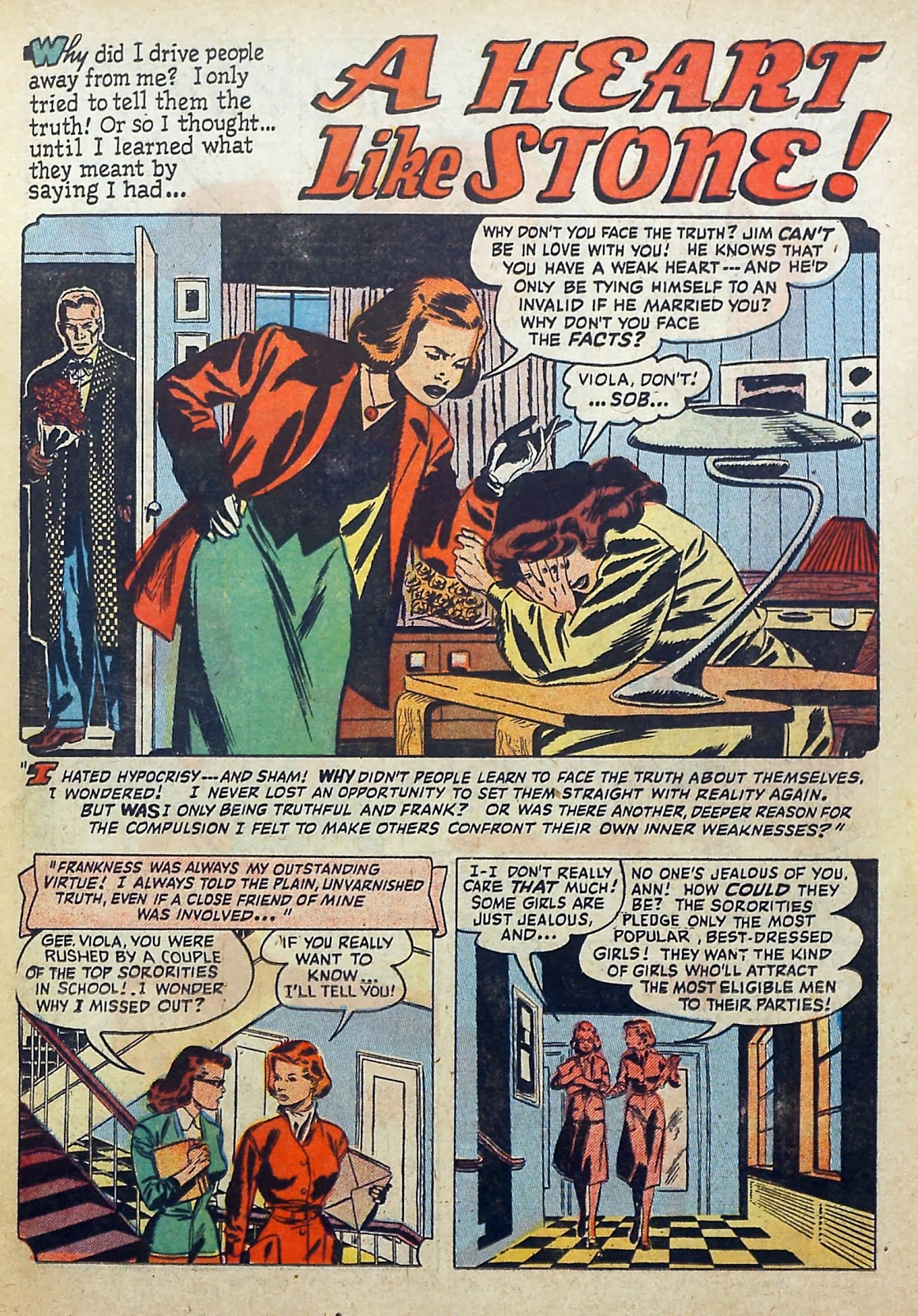 William Woolfolk's editorial work for Orbit's Ray Hermann paid at the same page rate as writing. At this point he starts identifying each story's purchaser by a code letter; in my post about May 1953 I thought "R" for Orbit stood for romance, but now that I've seen him writing crime for her as well, I'd say it stands for "Ray." Her company went under a number of corporate names, of course, and I've been using just Orbit during this period for clarity's sake.

There are a number of early Dell Sixties writers I haven't been able to identify and may never. I wouldn't be surprised if some of them are non-comics writers contacted by the "new" company as it split off from Western. Herbert D. Kastle (Brain Boy), Berhardt J. Hurwood (the Dracula Movie Classic), and Burt Hirschfeld (no specifics known) are three writers identified more with paperback work.

Carl Memling's writing I can identify; here are two of his short-run TV tie-ins. He stayed on each twice as long as any of the artists! "Ulppp" as seen in this page from Defenders 2 is a Memlingism. 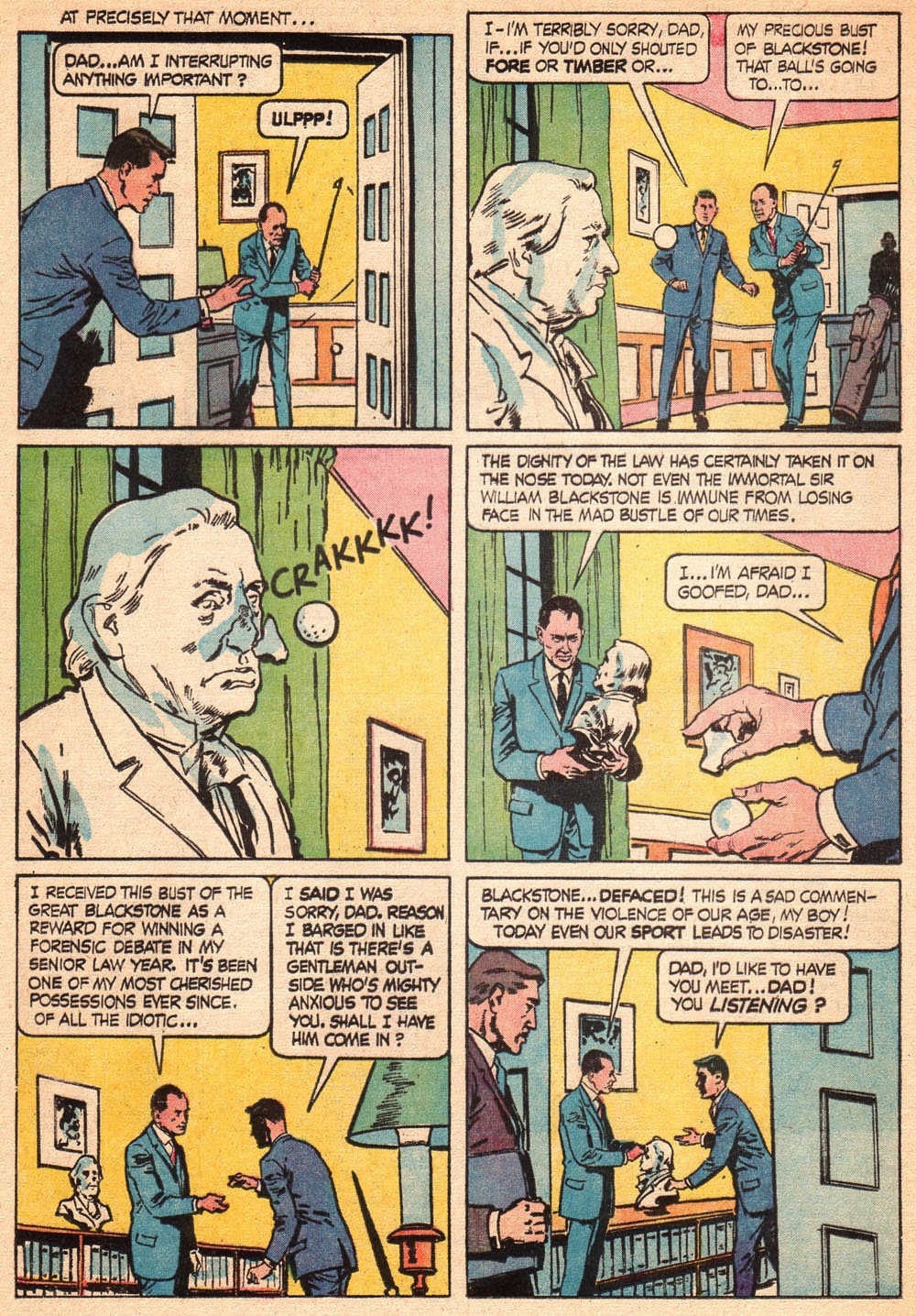 I can't figure the inker on Mike Sekowsky's pencils in Stoney Burke 1; the inks don't look like Mike Peppe's over Sekowsky as in Man from UNCLE or The Frogmen. I'd show a page but I'm having some problems staying logged in to the public-domain site with the downloads.

Quality's companion title to Exploits of Daniel Boone was Robin Hood Tales—they were not only the company's last major titles at around a year's duration apiece, but each accompanied a number of other companies' late-50s versions of the public-domain heroes on the stands. The two titles shared the writers Joe Millard and Robert Bernstein, as far as I've seen the only two working for Quality by then.

Ogden Whitney not only drew #1's interior Robin Hood stories, he did the cover, a move uncharacteristic for Quality; the other covers are by the expected team of Dick Dillin and Chuck Cuidera. Whitney was about the only artist who got to sign his work at the company at this point, although over in the romance titles, not here. The artist of #2-6 is the main artist on Daniel Boone: Sam Citron. (Note his typical speed lines as Maid Marian turns her head.) For all the decades in which fandom attributed to Citron much of Pete Riss's work earlier at Quality (he's still given the credit for many of Riss's Superman stories), some of the work he actually did has gone unidentified.

I believe the artist on #2-6's back-up stories is Harry Anderson (as seen in the second tier here, from #2). I'd now ID him on the back-up frontier story in Exploits of Daniel Boone 6 (Sep/56), "War to the Finish." 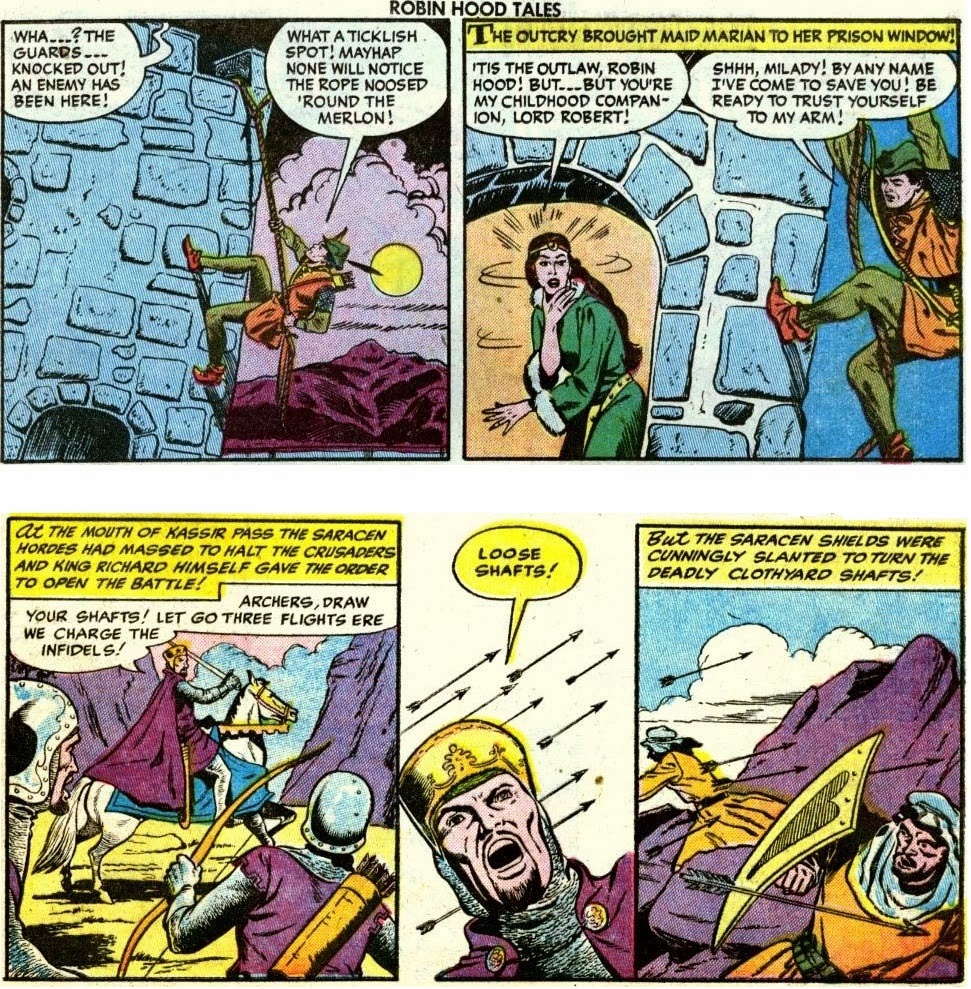 Posted by Martin OHearn at 11:28 AM No comments: