When Murray Boltinoff took over editing Hawkman from Julius Schwartz, credits appeared in only two issues. The art team on all six issues was Blackhawk's penciller and inker, Dick Dillin and Chuck Cuidera. Joe Kubert did the cover to #27, and I believe Jack Abel inked Dillin's cover for #24. The writers credited were Bob Haney on #22 and Raymond Marais on #26; the letters page in #24 did say that Haney was no longer writing the book.


Richard Hughes edited and wrote for Standard in the Forties, then ACG; when he instituted credits at the latter in the Sixties, he was pretty much the sole writer under an army of pen names. After ACG folded, he did a little more writing at DC, whose owners overlapped with ACG's.  At DC, by the way, he adapted his style in the captions from past tense to present to conform to the house style in superhero scripts.

From Hawkman 23 and the Nemesis story "Come Out Shooting" in ACG's Adventures into the Unknown 165 (June-July/66), the latter credited to writer "Shane O'Shea" and artist Chic Stone, note the sound effect spelled in a way I haven't seen from anyone else at DC: 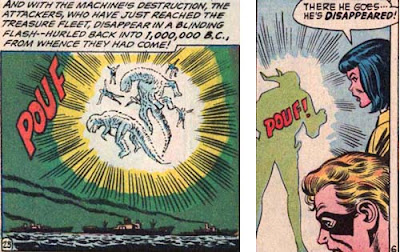 And from the same two stories, the hyphenation and length of "Oh-hhhh" typical of Hughes: 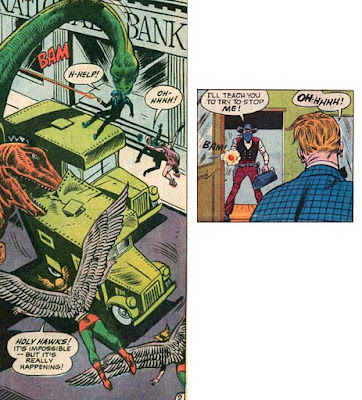 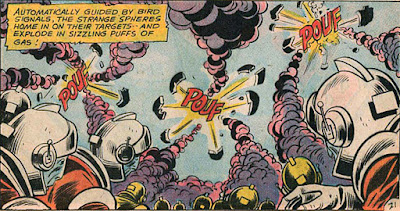