The First Human Torch Writer (of the Fifties)

Hank Chapman wrote the Human Torch in the Forties, if only as one of those remembered pitching in on the marathon weekend putting together a Torch/Sub-Mariner battle issue. I haven't yet run across his other stories in that decade. Luckily for me in tracking down his style, Chapman in a number of Fifties stories at Timely/Atlas was uncharacteristically (for a writer at the time) given a credit line. He was probably best known for his war stories, and he continued writing that genre in the Sixties at DC. 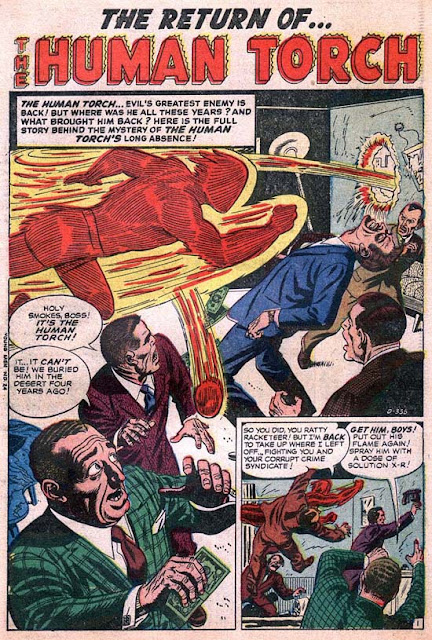 Art on the YM 24 story is by Russ Heath, with the exception of a splash panel pasteover of the Torch by Carl Burgos. 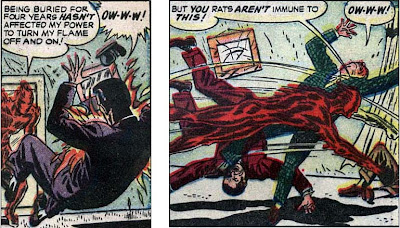 The first clue to Chapman's writing a story is "Ow-w-w"—most often hyphenated exactly like that, but not always. That's best as an indication when the other writers at the particular company and time aren't using it, of course. And "Holy Smokes" in the splash panel helps lead me to Chapman here. The following panels are from a story with Chapman's credit line, "My Brother . . . the Ghoul" in Adventures into Weird Worlds 6 (May/52), with art by George Roussos. 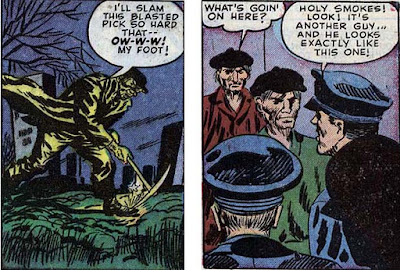 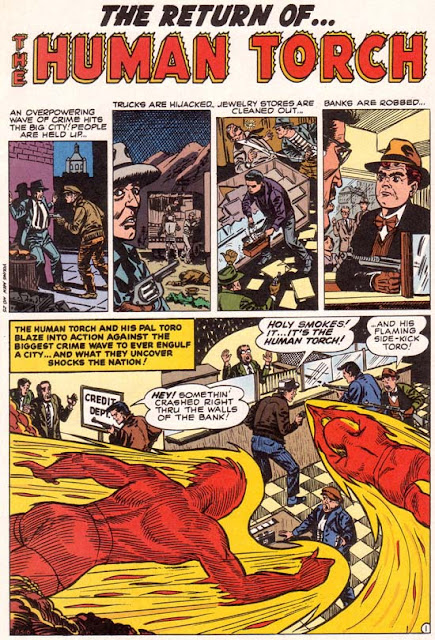 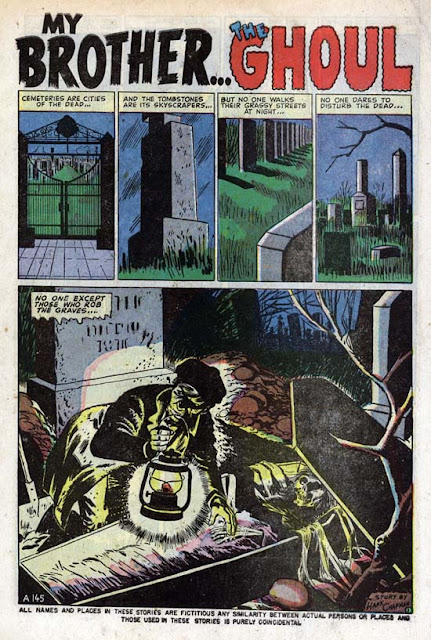 The tier of panels before the splash in each case is something Chapman uses off and on; also, for that matter, the splash with a single story panel following, as in YM 24.

Other writers did the rest of the superhero stories in Atlas's short-lived revival experiment of the mid-Fifties.
Posted by Martin OHearn at 10:29 AM