Writer Jack Oleck came to Atlas right around the time the Comics Code was instituted, in 1955. His output there was steady but not prolific; his average on the fantasy titles wasn't much more than a story an issue.

Here are a couple of the titles that started up at the beginning of the Code era, and one that started later. Around the beginning of 1959 the writing was being turned over to pretty much Larry Lieber (with Stan Lee), leading into the monster era. Oleck had no stories in the newest titles, Strange Worlds or Tale to Astonish, and only this one in Tales of Suspense. World of Suspense ended with #8; World of Fantasy continued to #19 in 1959 with no more from Oleck. 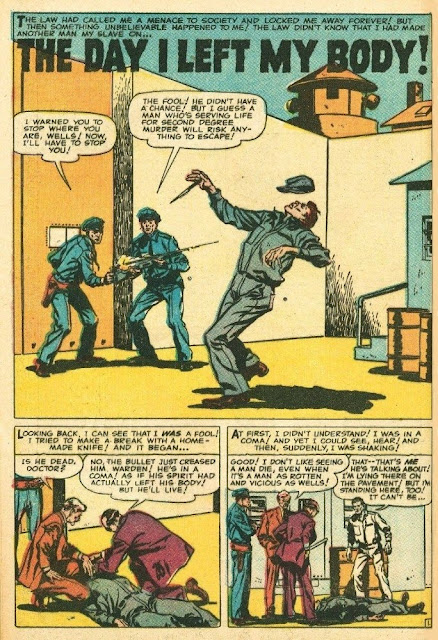 
in World of Suspense


in Tales of Suspense