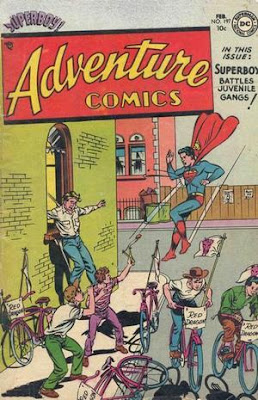 These scripts sold to DC, Orbit, and Lev Gleason.

One of the romance stories and the Buster Crabbe I couldn't track down. UPDATE: I found the Prescription for Happiness long after posting. The Buster Crabbe I found after darkmark suggested "Case of the Radioactive Tiger," but Woolfolk notes writing that one next month.

In addition to listing his comic book scripts in the records;book, William Woolfolk has been noting progress on writing his first novel, and this month he finishes it. The Naked Hunter will be published as a paperback original by Popular Library in 1954.