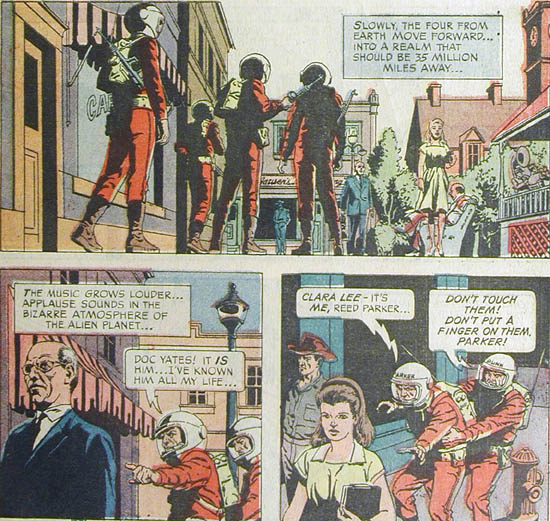 The art attributions are on the Grand Comics Database. I don't see myself how Reed Crandall's art looks any different on "Way Out West" than on any other story he inked himself; naming Alden McWilliams as inker strikes me as way out of left field. And "Moment of Decision," as I said last week, is pencilled by Jerry Grandenetti, inked by Bill Draut and Joe Orlando.

"TZ 3" is a writer who will show up in later TZ issues and in Boris Karloff Tales of Mystery on more four-page "strange but true" stories.


Leo Dorfman names a character Mystir at least one more time: in "The Voodoo Doom of Superman" in Action Comics 413 (June/72)--a story for which he was credited only in the letter column in 417.
Posted by Martin OHearn at 10:06 AM