This Gangbusters penciller is familiar enough, but the inker isn't anyone I've seen on the title. 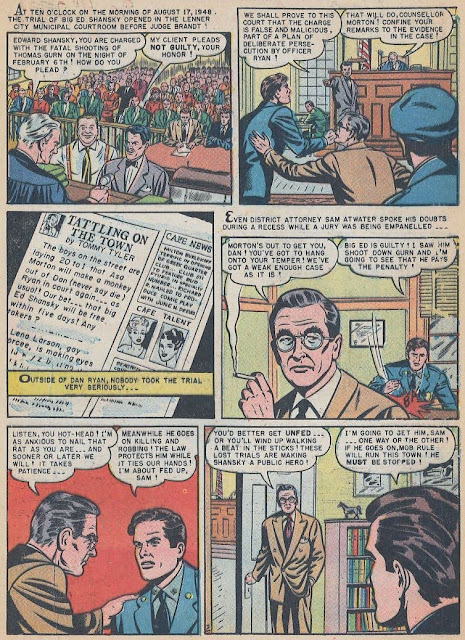 And for good reason. "The Cop They Couldn't Lick" isn't from DC's Gangbusters at all but from Quality's Police Comics #102, October 1950. (The last Plastic Man/Spirit issue; this first in a series of miscellaneous police backups got a jump on the switchover in #103 to Ken Shannon, T-Man, and other non-superhero police-type features.)

I actually couldn't tell you who's inking Curt Swan here (or in fact many of the Quality inkers of the period apart from Chuck Cuidera). The writer is Joe Millard. Like Swan's single story (seen so far!) for Atlas, this is the only piece I've found of his at Quality. By the way, compare the date of that Atlas story ("Killer at Large" in Crime Cases #25): November 1950.
Posted by Martin OHearn at 8:45 AM